Younger brothers are the troublemakers of the family, study finds

Have a younger brother? After enduring years of Chinese burns and tattling from him, you now have scientific proof that he's more likely to be a trouble-maker than you.

Second-born children are more prone to causing trouble than the oldest child, but only if the second-born is a boy, according to a report on a study at MIT.

Researchers examining delinquency looked at data from thousands of families in Florida in the US and in Denmark.

They found that despite how different these two areas are, second-born boys are 20 to 40 per cent more likely to be disciplined in school and enter the criminal justice system.

According to Joseph Doyle, an economist and one of the report's authors, it comes down to who the second-born looks up to.

“The firstborn has role models, who are adults. And the second, later-born children have role models who are slightly irrational 2-year-olds, you know, their older siblings," he said, reports Mommyish.

Finally you can now go to your mum with scientific evidence that you're better than your younger brother.

Still, it probably won't make difference to your standing in the family as another study about parents' perceptions previously showed that the youngest tends to be the favourite child. 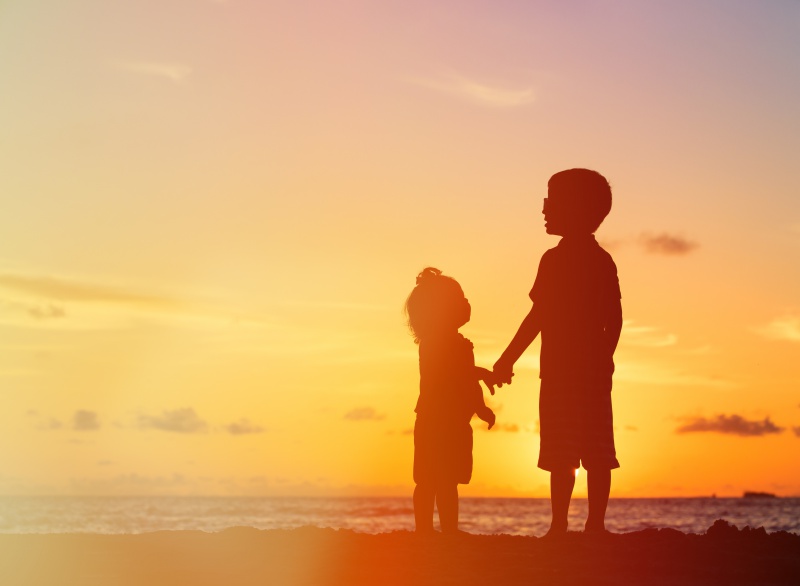 Researchers Susan M. McHale and Alexander C. Jensen concluded that younger siblings tend to be the favourite largely because they see themselves as the favourite.

McHale and Jensen "anticipated that youth who perceived themselves as favoured would develop better relationships with their mothers and fathers" and they "expected that these patterns would be stronger for secondborns," according to the study.

"In all four models when secondborns perceived themselves as favoured in terms of receiving less discipline, both mothers and fathers reported more positive relationships," it stated.

The research points to a sort of self-fulfilling prophecy whereby younger children who believe they're the favourite get on better with their parents and are more likely to actually become the favourite.

popular
WATCH: Paul Mescal and Daisy Edgar Jones's first Normal People audition is stunning
The shows and movies you need to watch before they leave Netflix next month
Trolls target Emma Willis' eight-year-old son over pink clothes and long hair
Dublin TikTok house deny staging dance with couple having sex behind them
Government vote to seal mother and baby home records for the next 30 years
6 cosy buys from Irish brands that'll make staying home a little easier
'I had to travel light': Adele jokes about weight loss in SNL appearance
You may also like
4 months ago
Having a sister can actually make you a happier person, says study
9 months ago
People discuss what they fought about with their siblings and we're actually howling
9 months ago
First born? Then you are probably slightly smarter than your siblings
10 months ago
Study finds that the eldest sibling is, in fact, the smartest
1 year ago
Turns out the eldest siblings are the smartest, and there are a few reasons why
1 year ago
Survey says parents favour the youngest child but grandparents prefer the eldest
Next Page