"We need to educate ourselves and we need boys and men to understand the role they play."

END_OF_DOCUMENT_TOKEN_TO_BE_REPLACED

When I chat to Sene Naoupu it's mid-April, just a few days after the Irish team's triumph over Wales in the Six Nations.

A 45-0 victory with a 31 point halftime lead is no easy feat and was unsurprisingly the result of months of intense training, hard work, and of course, stellar gameplay.

Smack bang in the middle of championship play the Irish team were giving it their all, and Sene was keen to commemorate her team's performance.

"We've always been of the mindset that we can control the controllable," she tells Her. "We've been able to train hard and are fortunate to have high-quality coaching and facilities and resources around us.

END_OF_DOCUMENT_TOKEN_TO_BE_REPLACED

"My teammates have been phenomenal the whole time, we've been pushing for places but also creating an environment where all of us can thrive on the pitch. It's been pretty special to be a part of."

Sene may be best known for her impressive skills on the rugby pitch, but as a little girl, she played a plethora of sports. Born in Wellington and growing up in the small New Zealand town of Oamaru, she was 13 years old when she first picked up a rugby ball... and a basketball, a softball, and a volleyball too.

"I saw my cousins, my brother and my sisters playing and I wanted to join in," she says. "That's how it all started, in the back yard or at school, a mixture of structured and unstructured sport.

"It meant I became more confident from a physical literacy point of view, and I really enjoyed a lot of sports after that, like athletics or basketball or softball, volleyball... I was into them all. Rugby was one of many opportunities where I got to express myself, but it wasn't until later on where I thought I'd give it a real crack." 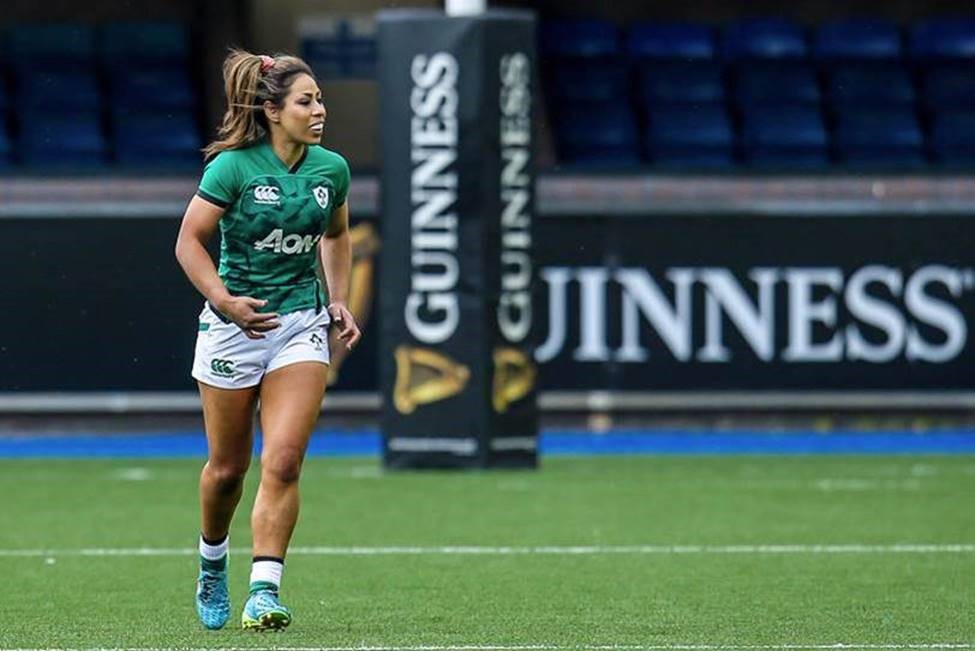 END_OF_DOCUMENT_TOKEN_TO_BE_REPLACED

In 2009, Sene left home and moved halfway around the world to Galway. Beginning her Irish rugby career with Connaught, originally in the national sevens program in 2013, Sene quickly moved through the ranks and received her first cap for Ireland in 2014.

She made her debut in the Women's Six Nations Championship against Italy the following year, eventually coming to represent the country at the Women's Rugby World Cup in 2017.

Moving all the way to Ireland came with its challenges, says Sene, but it turned out that her new home away from home wasn't too dissimilar to where she had come from.

"We actually had a family who were Irish in my town and they owned the local Irish pub down the road," she says. "So it wasn't completely foreign to us to get up and leave.

"We were very thankful to have the opportunity to travel in the first place, let alone to have a stint in a country like Ireland. Ever since I've been really thankful to be able to immerse myself in different communities and doing what I can to contribute to the game."

In 2021, 94% of sports media coverage in Ireland is focused on men, leaving just 6% of coverage for female athletes and their teams. In response to this, Guinness launched #NeverSettle, an initiative aimed at tackling the shortage of data and information available regarding female players.

The new campaign is about increasing the visibility of female athletes, but it's also about ensuring that male players know the relevance of their own positions. 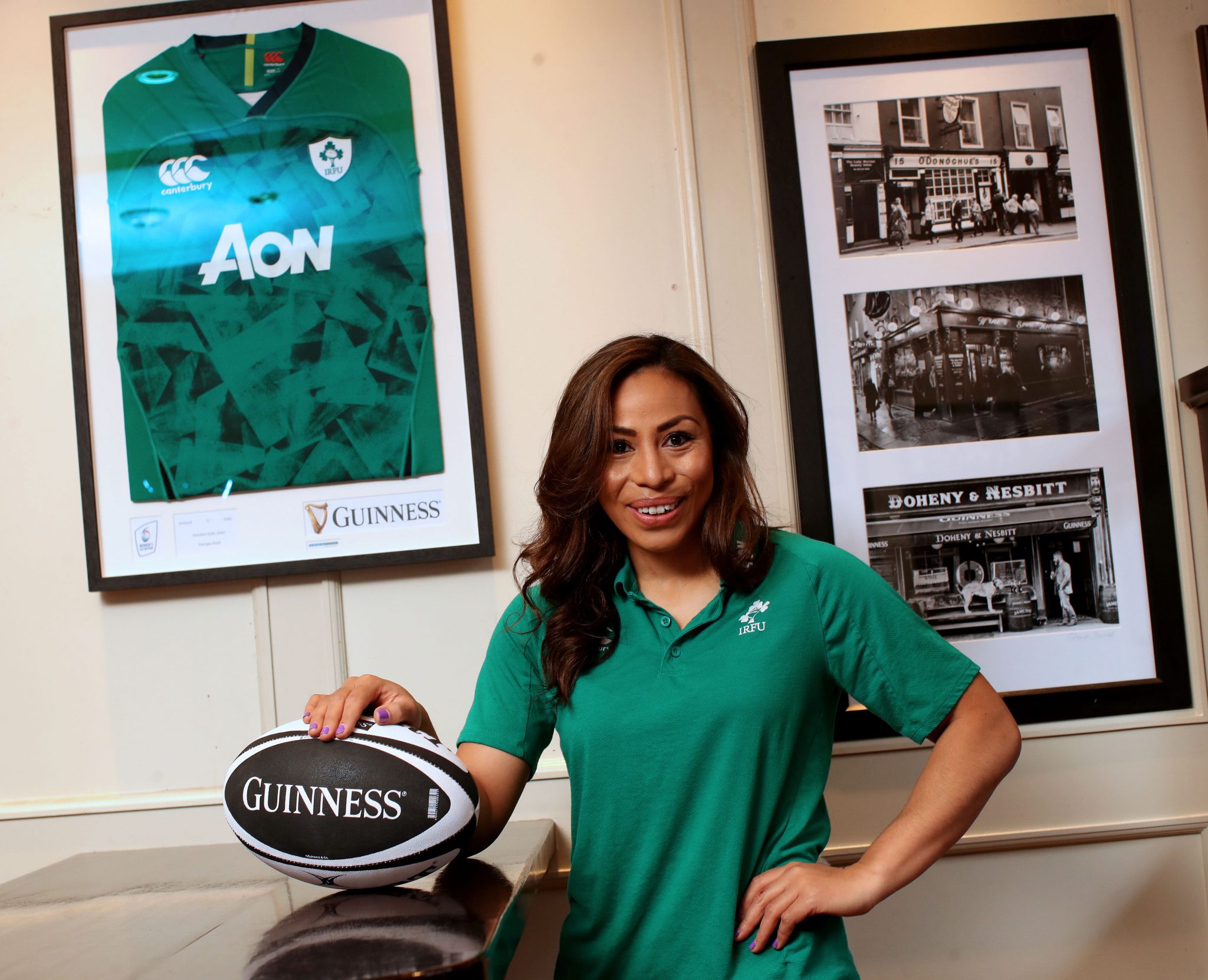 "It isn't good enough is it?" Sene says. "We can all do better, we need to educate ourselves and we need boys and men to understand the role they play. Even in the last few days since our performance [against Wales], I have noticed a change in attitude for boys and men in different households.

"It's been rewarding to hear them say how impressed they were. But this is just the start, we're building momentum and ensuring women's rugby is available to everyone. People can see what we're about now, and young girls might see what they want to be when they're older."

As is the case with the vast majority of female professional athletes, the game often isn't all there is. Balance is key, and when you've got a major competition coming up, it's a complete necessity.

"It's certainly a challenge," Sene says. "At this point in time the Six Nations is so important to us players, there's been a lot of investment in this over the months - and years, really - so it's about balancing the roles we have, whether that's in the household or in our careers as female international athletes."

Since Sene and I spoke first, England has won the Six Nations, and although the Irish didn't emerge triumphant overall getting to play the game itself - in the knowledge that as the years pass, more and more young girls are going to watch these matches, cheer for their country, and maybe even pick up a rugby ball themselves - is triumph enough for Sene.

“Currently, women’s rugby is the fastest growth area globally," says Sene. “It's about building momentum, attracting and sustaining the community game too and getting more girls and female administrators involved.

"These initiatives are a first step to ensuring that more girls who want to pick up a rugby ball can play in local clubs, schools, and provinces, and maybe one day end up wanting to play for Ireland."

popular
Irish girls name was the most used Irish name in the United States last year
Love Island’s Afia explains why Gemma’s dad has not been mentioned on show
Two dumped islanders have confessed their feelings for each other since leaving the villa
Love Island bombshell Antigoni also has a famous parent
Why Are Men so Obsessed With Boobs? The Answer is Pretty Surprising...
Gogglebox's Tom Malone Jr shares autism diagnosis
Selling Sunset's Maya Vander experiences miscarriage
You may also like
3 days ago
WATCH: Incredible moment coach saves swimmer as she faints underwater
3 weeks ago
Gerard Pique and Shakira announce they have split after 11 years
1 month ago
Taking up golf? Here's where you can find somewhere to practice near you
2 months ago
Kenny Shiels apologises for comments about 'emotional' women footballers
2 months ago
Transgender women no longer allowed to compete at British female cycling events
2 months ago
Young British rugby star passes away aged 20 following injury
Next Page