A staggeringly high number of renters also admitted to be worried about being able to afford their monthly rent.

The housing crisis in Ireland continues to be a daily worry for the majority of the population here, as the rising costs of both rent and purchases show no signs of slowing down.

The generation that has just entered, or is about to enter, the property market have been left with little hope of ever getting a foothold, especially if you live in parts of the country where house prices are most expensive. 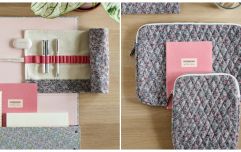 Back to school or off to college? You need to get to your nearest Søstrene Grene store right now

END_OF_DOCUMENT_TOKEN_TO_BE_REPLACED

Taxback.com asked around 2,000 renters around the country the two big questions that are likely to be swirling around the minds of every person currently attempting to rent or buy a property in Ireland.

First up, do they EVER believe they'll be able to purchase a home?

A shocking 71% said no, they don't believe that they'll ever own a home. 13% said they plan to own a home within the next five years, while 16% said that owning a home is possible, but on a longer term.

Next up, the renters were asked, with rent prices on the rise around the country, do they worry about being able to afford their monthly rent payments?

88% admitted to having those worries (64% saying "always", and 24% responding "sometimes"), with just 12% of renters around the country saying they don't worry about being able to pay their rent.

Mark Corcoran of Taxback.com said: "Renters are really struggling in Ireland, and most are caught in the vicious cycle of high rents - making it nigh on impossible to save for a deposit and therefore making a move from the costly rental market unattainable.

"The feedback we received on this survey paints a picture of a cohort of people who have very little choice, and who are worried and anxious about both their short and long term future - with questions like 'Will I be able to pay next months rent?' and 'Will I ever be able to own my own home?' weighing heavily on their mind."

Girls With Goals || Her · Ep.161: Feeling Peachy - Sharon Keegan of Peachylean on being an absolute BOSS!
popular
My hair has never been this thick and healthy – and here is what I have been doing differently
The sad reason why viral gymnast, Katelyn Ohashi, isn't on the USA Olympic team
The First Quadrillionaire? Paypal Accidentally Gives Man $92 Quadrillion
Here's what happens on every day of your menstrual cycle (roughly)
Why Are Men so Obsessed With Boobs? The Answer is Pretty Surprising...
Chris Brown's New Girlfriend Looks VERY Like Rihanna
How to INSTANTLY unblock your stuffy nose (we swear this works)
You may also like
1 day ago
3 seriously amazing Ikea hacks we are dying to try after spotting them on TikTok
2 days ago
Renting? 5 small ways to update your space – that your landlord won't mind
3 weeks ago
H&M's new interior collection will make it feel like you're abroad when you're stuck at home
4 weeks ago
No holidays on the horizon? Here are 25 things making me a little happier at home right now
4 weeks ago
Life hack: How to fix wilting hydrangeas and get another week out of your flowers
1 month ago
No seaside holiday? Give your home that beachy feel with these fab new rattan finds from Dunnes Stores
Next Page