Electra and Viola have welcomed their first chick.

A pair of female Gentoo penguins from Spain have become parents for the first time after adopting an egg from another penguin couple.

The Oceanogràfic València aquarium revealed this month that Electra and Viola began to display classic signs that they were ready to become parents by building a nest out of stones. Having observed this, the caregivers at the aquarium decided to translocate a fertile egg from another penguin couple. Electra and Viola successfully carried out the entire breeding process and they're now the proud parents of their first chick.

Look at the little thing!! 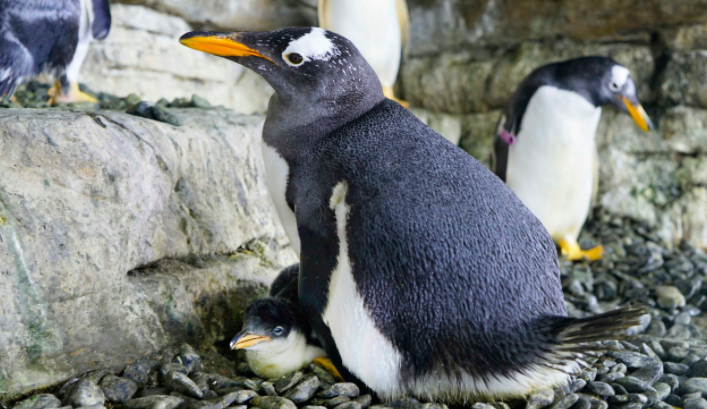 This adoption is a first for this aquarium in Spain, but not a first for penguins in general!

Back in 2018, two male penguins at Sea Life Aquarium in Sydney made international headlines when they began displaying similar signs that they were ready for parenthood. 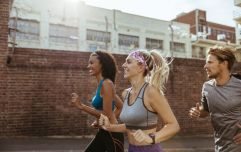 On yer bike! EVERYONE needs to check out (and join) Dublin Sportsfest

END_OF_DOCUMENT_TOKEN_TO_BE_REPLACED

Sphen and Magic, who became close during breeding season, were given a dummy egg at first but eventually they were given a real egg to nurture. The pair shared incubating duties between them until the egg hatched. In 2019 it was revealed that the 'power couple' of Sphen and Magic were hoping to add to their family.

The Oceanogràfic València have called Electra and Viola an 'exceptional pair' and we can't wait to see the little chick grow!

popular
'Beard-baiting' is now apparently a dating trend - and we're all for it
Here's what happens on every day of your menstrual cycle (roughly)
Kate Middleton has addressed the rumours that she's pregnant with her fourth child
All of the Love Island couples that are still together (and those that aren't)
The Queen has banned Meghan Markle from wearing any of Princess Diana's jewellery
So apparently Kourtney Kardashian is now dating 20-year-old, Luka Sabbat
Someone has ranked the penis size of men from all over the world
You may also like
7 months ago
Netflix's Feel Good is the TV show everyone will be talking about next month
3 years ago
Irish waitress gets $2500 tip by 'guardian angel' to fly home
3 years ago
Boston marathon victim to marry the firefighter that saved her life
3 years ago
Son takes his mom on 20 trips for the 20 years she spent caring for his dad
3 years ago
Woman battling breast cancer stunned by strangers kind gesture
3 years ago
This couple finally got married after being forbidden 65 years ago
Next Page