This is where the idea of the Easter Bunny came from

Ever wondered why we have an Easter Bunny? And why he/she leaves us chocolate eggs?

Well, the folks over at Metro, have shared some insight into its origin.

According to them, the rabbit/bunny is a Pagan symbol which early Christianity adopted during the Easter period. The rabbit was the symbol of the Pagan festival of Eostre who was the northern goddess of fertility.

They associated rabbits with fertility and new life, hence where the saying 'at it like rabbits' comes from.

END_OF_DOCUMENT_TOKEN_TO_BE_REPLACED

Pagans also saw eggs as a symbol of new life, while for Christians, 'the egg symbolises the moment Jesus emerged from the tomb following his resurrection.' They likened the stone which was rolled away from the tomb entrance to the shape of an egg, according to Huffington Post.

So the symbol of the rabbit and the egg dates back to Paganism but what about the Easter Egg hunt?

It is believed that during the 1600s German Protestants came up with the idea. It was quite like Santa Clause, a way of bargaining with children to behave. 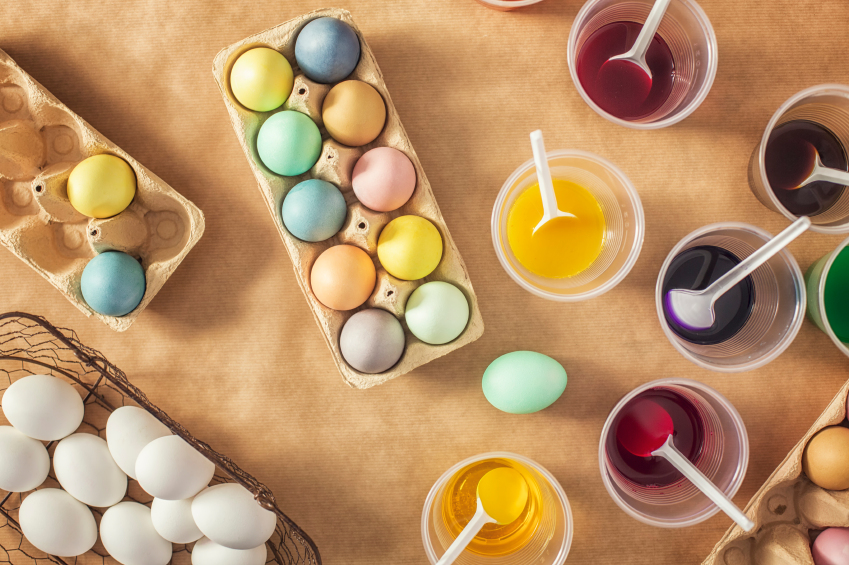 The Easter Rabbit, or Hare as it was known then, would watch the children and decide whether they deserved an Easter egg hunt or not. Real hard boiled eggs, decorated with colours, were used for the hunt, says the Huffington Post.

Over time, chocolate shaped eggs were used for these hunts and eventually bigger eggs were made and sold in shops.

Girls With Goals || Her · Ep.153: Scholarship Squad - We chat to Facebook's Claire O'Hara about our Smurfit Scholarship fund.
popular
Where are they now? The men of Sex & The City
Dad designs bikini line for transgender teens
Someone has ranked the penis size of men from all over the world
Award winning Irish film about conversion therapy debuting this weekend
The latest TikTok beauty trend is drawing on under-eye bags to look tired
Here's what happens on every day of your menstrual cycle (roughly)
Why Are Men so Obsessed With Boobs? The Answer is Pretty Surprising...
You may also like
2 weeks ago
Why are so many influencers still going on holidays?
1 month ago
Tayto Park announce retro drive-in Christmas movie weekend
2 months ago
'Revenge porn': Why some victims don't want you to use the term to describe image based sexual abuse
2 months ago
Ireland's image based sexual abuse laws compared to other countries
2 months ago
Good news: President Michael D Higgins is getting a new pony
2 months ago
Animals and staff left "terrified" as fireworks fired near London animal hospital
Next Page