Sobbed violently yet? You're about to.

Recently, Starbucks provided us with a new and poignant take on one of their most recognisable gimmicks: the name their barista writes on your cup.

Thankfully though, the global coffee chain have decided to steer clear of spelling mishaps and hilarious YouTube pranks and instead focused on an aspect of ordering a coffee that many of us may not have considered before: transgender and non-binary visibility. 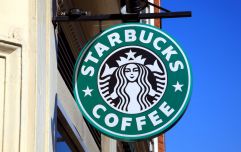 END_OF_DOCUMENT_TOKEN_TO_BE_REPLACED

The ad presents a young transgender man who is struggling with his identity while repeatedly being called his 'deadname': the name he was given at birth.

He eventually orders a Starbucks coffee and gives the barista the name he wants to be known by: James.

The ad, in case you have yet to see it, can be seen here: 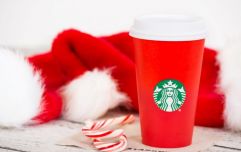 END_OF_DOCUMENT_TOKEN_TO_BE_REPLACED

Shed a tear? Yeah, you and every single person on Twitter, probably.

The LGBT community have long been subjected to big brands' repetitive rainbow-washing to appear progressive in a bid to sell more products, gain more promotion, and make more money.

A lot of the time, the community is used for the sole benefit of the corporation  - a flag waved for one month over the summer, a same sex couple kissing on a poster for online banking, a slogan wheeled out for a brief period of time only to be erased again once Pride season is over. 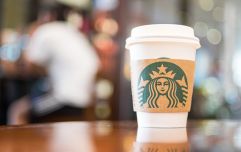 Starbucks have released a whiskey-flavoured coffee and it sounds tasty

END_OF_DOCUMENT_TOKEN_TO_BE_REPLACED

In the case of Starbucks' latest ad, the meaning isn't just in James's story but in the brand's partnering with Mermaid, a UK charity that supports young transgender people.

Starbucks have pledged to donate at least £100,000 to the charity through the sale of their mermaid shaped biscuits. They've also launched their new #WhatsYourName campaign in a bid to promote their cafés as inclusive, safe spaces for all people - no matter how they identify.

Still though, to recognise the importance of the ad is not to ignore the hundreds of other corporations that have tried (and failed) to represent the LGBT community in any meaningful way.

More often than not, ads like these become forced and vapid, a baiting display that really doesn't say much else beyond the surface.

The Starbucks ad, however, does seem to, with many young trans people taking to social media to say that they too first started feeling OK not using their deadname while ordering a coffee.

Couple this with the inevitable thousands of young trans people around the world who will now see themselves represented at a global scale, and we may just have a branded ad that shouts about inclusivity - while actually doing something about it too.

popular
Claire Byrne Live viewers in shock as woman shares family DNA secret
Sarah Jessica Parker says she has not spoken to Chris Noth since sexual assault allegations
Teenager dies in sand collapse after digging hole on beach
Gogglebox fans show an outpour of support for star after hospital picture
Derry Girls creator shares three more storylines that never made it into the show
Man behind Marilyn Monroe dress says letting Kim Kardashian wear it was a "big mistake"
Two youths found guilty of violent disorder after girl pushed under DART
You may also like
1 year ago
Starbucks' new Happy Hedgehog cups would be the perfect pairing for a park date
1 year ago
Starbucks has a bubblegum-flavoured frappuccino on their menu – but you need to hurry
2 years ago
Bah-humbug! We're consuming a LOT of calories when sipping on festive coffees
2 years ago
The limited edition Starbucks Christmas drinks are here, and they sound delicious
2 years ago
The Phantom Frappuccino is the Starbucks Halloween special for 2019, and it's pretty strange
2 years ago
Here's how to order Starbucks' Pumpkin Birthday Cake Latte
Next Page