Elsewhere, 27% of women think men should wait eight months before farting in front of them. Let your partner know...

Anyway, the world keeps on turning and Hollywood will always need new material for their next rom-com. Once again, we're certain that you're all absolutely perfect husbands/wives/boyfriends/girlfriends and that you're devoid of any single flaw or annoying trait (Cough, cough).

Ok, we know that you're perfect but what about the 2,000 people that were recently surveyed by From Mars about their dating habits and rules?

Well, the research revealed that it takes men four months of commitment before they’re happy to share any form of food with you. Somewhere, we're certain that Joey Tribbiani is nodding in agreement.

Elsewhere, 67% of men said that they don’t feel comfortable discussing periods until after six months of being in a relationship, while one in five men say they don’t want to see a partner’s toothbrush in their bathroom until five months have passed.

On the plus side, 25% of those men surveyed are willing to give their partner a drawer in their home within 3-6 months.

As for the eternal hoodie/jumper dilemma, 78% of men are only happy for their partner to wear their jumpers after five months of dating.

Ok, so that's the neurosis and weird habits of men covered, but what about the ladies that were surveyed?

Well, 27% women think men should wait eight months before farting in front of them, however 33% of those ladies also said they never want to hear or smell it. 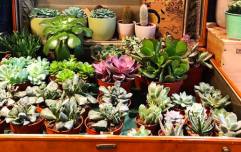 END_OF_DOCUMENT_TOKEN_TO_BE_REPLACED

On this note, one in three women say they don’t want their partner to pee with the door open, and women also don’t want to discuss toilet issues until ten months into a relationship. However on average, men said that seven months is acceptable.

Truth be told, we could have went a lifetime without knowing that one-in-nine men would be happy to tell their partner about their toilet troubles within two weeks of dating.

Seriously, who are these people?

The full details of the survey can be found here and after reading them, you might look at your partner in a whole different light.

Then again, there's no need for you to change anything, you're perfect already (cough, cough).

popular
'Beard-baiting' is now apparently a dating trend - and we're all for it
Curtain bangs are trending - here's everything you need to know
QUIZ: How well do you really remember the first episode of Sabrina The Teenage Witch?
Eight Of The Best Films And Documentaries On 9/11
Someone has ranked the penis size of men from all over the world
Will there be a second season of Gilmore Girls: A Year In The Life? Here's what we know
Kate Middleton has addressed the rumours that she's pregnant with her fourth child
You may also like
1 week ago
Culture Night: 10 of the best online events happening this Friday
2 weeks ago
"We're fortunate we get to do this together:" Irish print designers JANDO celebrate five years
2 weeks ago
Lads: Aldi's heated clothes horse is going back on sale this week
2 weeks ago
South Dublin pub offering a free glass of vino for a swim
3 weeks ago
Sustainable shopping: Mother daughter duo set up Ireland's newest conscious lifestyle store
1 month ago
International Dog Day: It's been a year and I still miss his fluffy face
Next Page