The vast majority of young Irish women will vote Yes in the upcoming Marriage Equality Referendum.

That’s one finding from A Slice of Ireland, a recent poll of over 20,000 people carried out by Maximum Media – parent company of Her.ie, JOE.ie, HerFamily.ie and SportsJOE.ie. 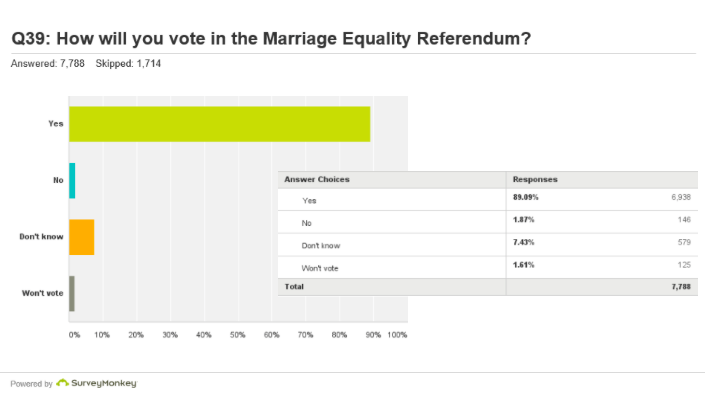 END_OF_DOCUMENT_TOKEN_TO_BE_REPLACED

The research, carried out with the co-operation of readers from all four websites, showed that 89 per cent of Her.ie readers intend to vote in favour of the proposed amendment to the constitution. The amendment would see a new section added, which reads: “Marriage may be contracted in accordance with law by two persons without distinction as to their sex.”

Less than 2 per cent of readers said they planned to vote No in the referendum, while 7 per cent are still undecided. 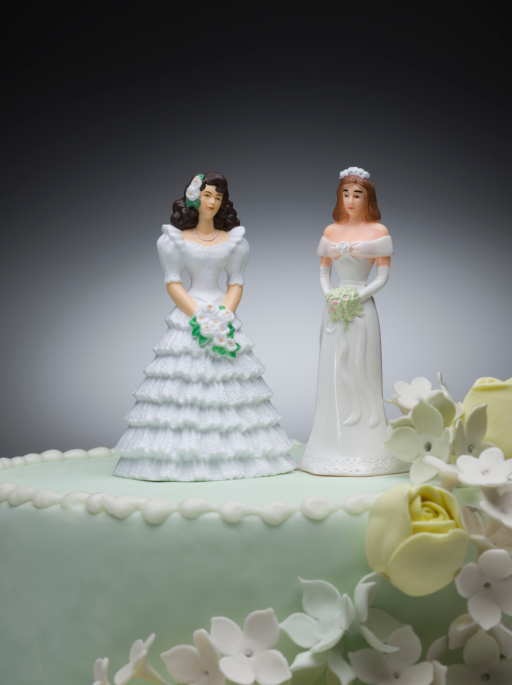 The finding from Her.ie readers is broadly in line with our sister sites, with 85 per cent of JOE.ie readers also planning to vote Yes.

The referendum takes place on May 22nd and Irish voters on both sites of the debate are being strongly urged to check the electoral register and ensure they are in a position to vote on the day. 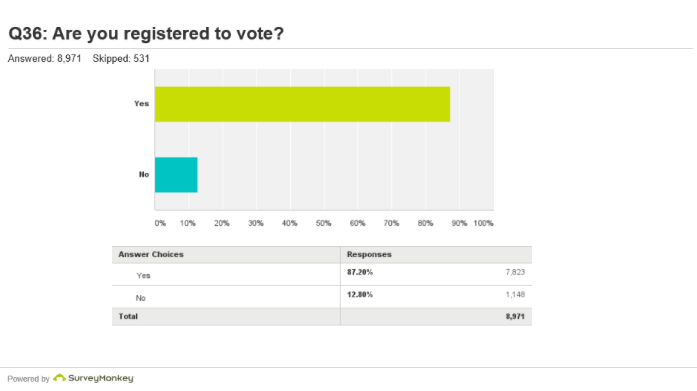 END_OF_DOCUMENT_TOKEN_TO_BE_REPLACED

Our research found that 12 per cent of readers were not yet registered to vote.

Visit www.checktheregister.ie and encourage friends and family to do the same.

*A Slice of Ireland was the most all-encompassing research of its kind since the last census. Further data gleaned from the survey will be published over the coming days on Her.ie.

popular
Lidl closing early this weekend to thank staff for hard work
Tributes paid to Limerick based blogger and model Patrick McLoughney
Squid Game fans spot massive clue in Tug of War game
Here Are The Top 20 Most Common Pin Codes in The World
The First Quadrillionaire? Paypal Accidentally Gives Man $92 Quadrillion
Someone has ranked the penis size of men from all over the world
This TikTok hack shows you how to pack more despite baggage allowance
You may also like
22 hours ago
Giving free contraception to under-17s could cause "legal challenges", Minister says
1 day ago
Liveline caller says free contraception not needed as “everybody has an imagination”
4 days ago
You may be able to see the Northern Lights from Ireland tonight
4 days ago
New search operation launched for missing Leinster women
1 week ago
Human remains found in Cork pub over 70 years old, Gardaí say
1 week ago
Woman warns of new spiking method that landed her in hospital
Next Page