The 10 most common arguments people have when playing Monopoly

We've all had them.

Christmas is intended to be time spent catching up with family but in reality, it's usually a time for arguing with them.

There are several reasons for this, from the overcrowded house to bad gifts to high alcohol consumption, but board games are definitely a contributing factor. 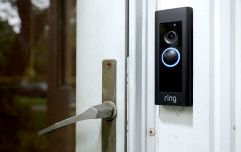 END_OF_DOCUMENT_TOKEN_TO_BE_REPLACED

Monopoly is probably the most dangerous board game to have in your home at Christmas as it's notorious for causing fights.

This is so true, in fact, that Hasbro has set up a helpline to stop bust-ups this Christmas.

The helpline will open from December 24 to 26 and is there for families who get heated during the game.

This is following a survey which found that 51% of Monopoly games end in debate. 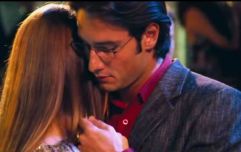 Apparently half of Christmas party flings lead to serious relationships

END_OF_DOCUMENT_TOKEN_TO_BE_REPLACED

If you want to avoid a row over the Christmas while playing this game, stick to the rules provided as ‘making up the rules as they go along’ is the biggest cause of conflict.

The survey of 2,000 people found the 10 most common things that cause arguments in the board game.

The list is as follows, keep it in mind during your next game.

2. People being too cocky when winning

3. Someone buying a property you want, even when they don't need it

4. People taking too long to take their turn

5. Someone stealing from the bank

6. Someone deliberately miscounting their move

7. Who gets to be the banker

10. What the rules of "Free Parking" are

popular
Bride asks for divorce day after wedding following groom's disrespectful cake stunt
Tributes paid following tragic death of Emma Pattison and her family
Head of dive squad searching for Nicola Bulley thinks 'something's not right'
Has the Call Her Daddy podcast just pulled the best marketing stunt of all time?
Rosanna Davison issues warning to parents after health scare with Sophia
Katherine Ryan labels Leonardo DiCaprio's dating life 'creepy'
Yet another former Islander has hinted at their return for Casa Amor
You may also like
1 month ago
Leaving your Christmas lights up is good for your mental health
1 month ago
Jonnie Irwin hasn't told his children it could be his last Christmas
1 month ago
Watching Christmas movies is good for your health- here's how
1 month ago
This simple hack will make your fake tan last WAY longer this festive season
1 month ago
Not to be a Grinch, but our Christmas jumpers are causing a global eco disaster
1 month ago
Santa shares special message with the children of Ireland
Next Page