The Foods You Should Never Put In The Microwave

Last week we talked about the foods that you shouldn’t reheat because doing so increases the risk of food poisoning.

There are some foods that you really shouldn’t put in the microwave because according to The Food Network, other methods of reheating fare better.

First up is chicken. Reheating it in the microwave often leaves it dry and tasteless but baking it in the oven, covered in tinfoil, solves that problem. 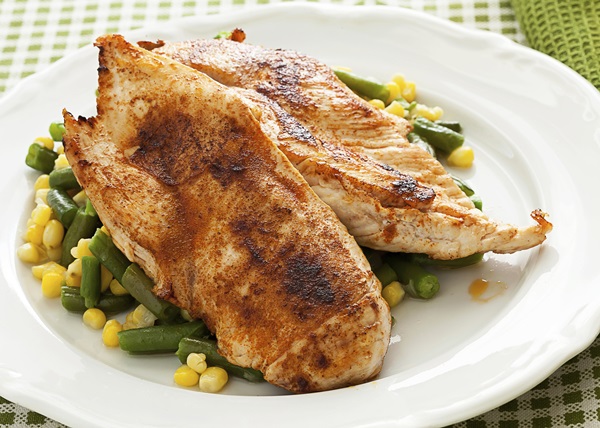 END_OF_DOCUMENT_TOKEN_TO_BE_REPLACED

If you’re a steak fan, the first step to reheating is to slice it into thin strips. Then place in pan with a little oil on a medium heat.

Pizza is also better reheated in the oven but if you’ve only got one/two slices left over, place it a ‘dry skillet’ covered in tinfoil on the stove and after a couple of minutes you’ll have warm pizza oozing melted cheese.

Pasta is best reheated in a saucepan over a medium heat, stir the sauce frequently and watch that it doesn’t coagulate.

We've definitely reheated all four in the microwave before (oops) so this has come in very handy!

popular
Claire Byrne viewers heartbroken after Des Cahill recalls "parent's worst nightmare"
President Biden pays tribute after 21 people killed in school shooting
Kylie Jenner fans are convinced she just announced her son's name
WATCH: People are losing it over clip of Kendall Jenner trying to climb stairs at Kourtney's wedding
Wagatha Christie: Rebekah Vardy storms out of court just 30 minutes into final day
WHO advisor identifies possible source of Monkeypox outbreak
Bonnie Ryan shares more details from Italian wedding
You may also like
2 years ago
Drinking coffee can help ease pain in some cases, according to research
2 years ago
Nutritionist says eggs are an essential breakfast food and we're okay with that
2 years ago
Eating a banana for breakfast is actually a pretty bad idea
2 years ago
Got your period? Try to avoid these foods as much as possible
2 years ago
This is why you should avoid ordering soup when out for a meal
3 years ago
Study shows people who go to sleep at this time consume more calories
Next Page