Hustle culture isn't healthy, but neither is cancel culture.

This past week TV personality Molly-Mae Hague felt the full wrath of the internet, and it wasn't pretty. The former Love Island contestant and current Creative Director of Pretty Little Thing, trended for the guts of a week after a video clip of her insinuating that everyone had the "same 24 hours in a day" went viral.

END_OF_DOCUMENT_TOKEN_TO_BE_REPLACED

The comments from Molly-Mae were crass and uneducated. Of course, it goes without saying, that everyone does not have the same 24 hours in a day but instead of seeing constructive commentary on why her sentiments were damaging all over the internet, the memes started flowing. Within the blink of an eye, her Wikipedia page was defaced and Molly-Mae Hague became the Margaret Thatcher of modern times.

It was full cancellation and it happened quick.

Don't get me wrong, I am by no means saying that we should blindly support those in positions of power, quite the contrary. I believe if you have millions of followers and the level of influence that Molly-Mae has, it's your duty to be informed, and understand the power and privilege that comes with that platform. There were some who looked at the overall influencer culture, outlining that the response could have been respected if there was an "acknowledgement of privilege" but mostly, any constructive commentary was drowned out.

After a while this takedown wasn't really about education or highlighting societal inequality anymore. It quickly became about everything else and frankly, it was brutal to watch.

Molly Mae did an interview on my podcast, yesterday a soundbite from that interview went viral, she trended No.1 on Twitter, every newspaper covered it and MP's weighed in.

I've had male guests say what she said.

But when Molly says it, she's crucified? Crazy. 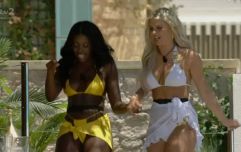 END_OF_DOCUMENT_TOKEN_TO_BE_REPLACED

For full disclosure, I personally winced when I heard her comments originally, but I literally come from the Girl Boss era - I know how damaging hustle culture was back in 2010, I lived it and it wasn't a fun introduction to the working world. To see a resurgence wouldn't fill me with joy, but it wouldn't make me want to attack, it would make me want to educate, to talk about why the ideology of a Girl Boss was wrong to begin with, and how we shouldn't have had to minimise ourselves while attempting to achieve equality.

Of course, this has much more serious undertones than a simple misstep from an influencer and believe me when I say, I'm not minimising it. Molly-Mae disregarded class, race, gender and clearly didn't acknowledge her own privilege. Society is not designed to give everyone equal opportunities, no matter how hard you hustle, and it isn't fair. The Girl Boss culture is dead in the water because, at the end of the day, capitalism is capitalism and toxic work environments happen regardless of gender.

But Molly-Mae Hague hasn't been alive long enough to understand the origins of Girl Boss culture or the damage it's had. The CEOs who were championing the Girl Bosses of the mid-2000s let us down. For the concept to succeed they would have had to be better than men in those positions, and they simply weren't - they aren't! They mess up, as does everyone, including naive 22-year-olds. 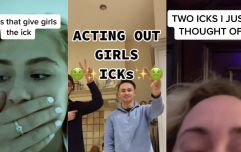 END_OF_DOCUMENT_TOKEN_TO_BE_REPLACED

Molly-Mae is certainly paying the price for her naivety and offered up an apology for her comments. With that said, all those who typed out clever quips about her Tory leanings and tweeted about how we should "stop making stupid people famous" should also take a look at their own privilege and get to the bottom of why they jumped at the chance for a gleeful takedown.

As with other brief cancellations, the bandwagon rolled on by, and I find myself wondering if people briefly checked to make sure there were no PLT items hanging in their own wardrobes before jumping on board.

popular
Women are rinsing their hair in apple cider vinegar – and the results are amazing
Worried about a loved one? Here are 5 signs of suicide to look out for
Woman hospitalised following stag attack in Co. Kerry
"Hair contouring" is about to be huge, here's everything you need to know
And Just Like That... episode 8: Nobody saw this one coming
Emmerdale actors Max Parker and Kris Mochrie announce engagement
A clip has resurfaced of Machine Gun Kelly discussing a teenage Kendall Jenner
You may also like
3 days ago
Love Island's Amber Gill could be banned from Instagram over ad controversy
6 days ago
Fans convinced Love Island's Chloe inspired new Kanye track
1 week ago
Love Island's Chloe Crowhurst is pregnant with her first child
1 week ago
Molly Mae Hague personally apologises for controversial comments
1 week ago
Love Island now open to non-binary contestants
1 week ago
Love Island's Liberty Poole opens up about love life following split from Jake Cornish
Next Page