We know what we want for Easter.

The thing about Kinder Eggs, while they are delicious, is that they are just too small. The shell is quite thin and the toy takes up so much space that you could nearly finish it in one go... not that we've tried or anything.

But now, Kinder have answered all our prayers and have brought out a gigantic version.

A guy in the UK has shared a few images of the palm-sized version and we are dying to try them.

He got his in a Co-op store in the UK, so hopefully, they will come to some shops in Ireland soon. The 100g Kinder Eggs are listed on the UK and Irish Kinder Website as an Easter edition so we're assuming they're coming to Ireland. 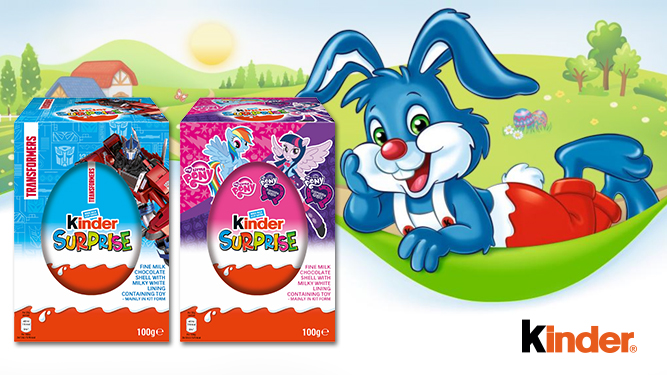 We've reached out to the folks at Kinder for confirmation and will update you as soon as we know.

popular
Gabby Petito disappearance: FBI confirm remains found are that of missing woman
New 911 call claims Brian Laundrie 'slapped' and 'hit' Gabby Petito
Germans shocked as cashier killed for asking about a face covering
Mother reunited with daughter who was abducted in 2007
ISPCA issue urgent appeal for over 100 cats and kittens
Designer Tom Ford's husband of 35 years dies at 72
Louise Cooney shares the incredible skincare product that has left her skin looking and feeling its best
You may also like
1 week ago
The 'secret' Zara label signs that'll apparently help you get the right size every time
2 weeks ago
TikTok shows just how extreme Irish dads can be
3 weeks ago
Meet cloud bread – the three-ingredient baking trend going viral right now
1 month ago
Cereal milk lattes are trending – and it might change your breakfasts forever
1 month ago
This TikTok video finally showed me how to get the perfect messy top knot every time
1 month ago
Rainbow tips are the cutest nail trend this summer – so bookmark these ideas for your next mani
Next Page