If you can think of it, there's a sex position called it.

And if there isn't, there will be one at some point in the future regardless because it turns out that a bit of standard missionary just isn't enough for some people.

END_OF_DOCUMENT_TOKEN_TO_BE_REPLACED

If things have gotten a bit dry (?) in the bedroom though and you're on the hunt for something new, the following sex position might be right up your alley.

... Or not, because it sounds harrowing and kind of feels like you might accidentally break your neck at any second but it's a thing so someone somewhere must be doing it, right?

The position in question is called the Spider Monkey and yeah, it sounds as worrisome as you'd expect. 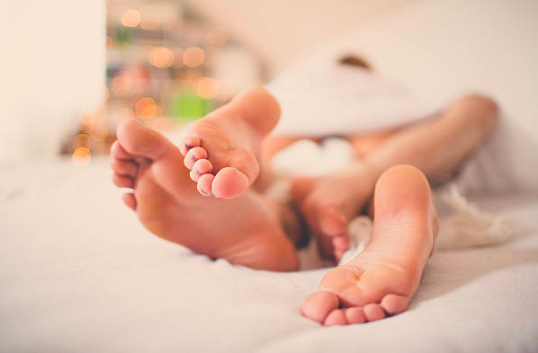 According to a website so aptly named 'sexpositions.club,' the spider monkey starts with the guy standing up and the woman standing on her head.

Not an absolute bother at all, lads.

"Legs of the female partner are bent at the knees and spread on sides, the male partner takes his mistress on her feet with his hands, helping her in such a way to be in this position."

If you can't quite picture exactly what's happening, here's a handy illustration that appeared on the website. 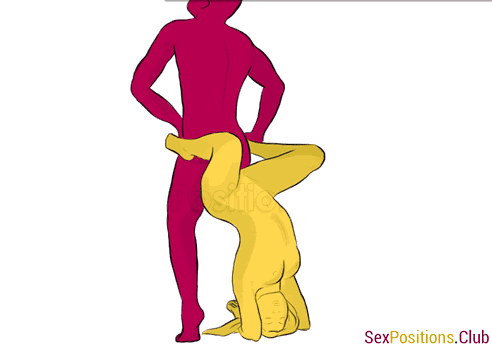 Yeah, we know. Just how?

The wonderful Urban Dictionary go one further with their detailed description of the Spider Monkey, instead choosing to call it the Gut Crusher due to the intense amount of deep penetration that will be happening.

Sounds lovely, no idea why more people don't give it a go, tbh.

As with all things that involve you standing on your head though, it's not a bad idea to put safety first and not attempt the above unless you're pretty confident that you're not going to ruin your neck.

Or, you know, try something a little easier.

popular
Here is the reported I'm A Celeb All Stars line-up
Two Love Island 2022 stars have just become step siblings...
Molly Mae Hague shares emotional moment she discovered she was pregnant
Abducted in Plain Sight: True crime drama follows girl who was kidnapped twice by the same man
Female child rushed to hospital after violent incident in Co. Clare
Young girl found injured in Co. Clare house is in critical condition
Here's when Florence Pugh's new Irish film lands on Netflix
You may also like
4 months ago
People with many sexual partners need to watch out for monkeypox, says chief doctor
4 months ago
Sex educator Jenny Keane is back to answer more of your sex and pleasure questions
4 months ago
Sex educator Jenny Keane answers all of your sex and contraception questions
4 months ago
Gogglebox sparks Ofcom complaints over X-rated scene between woman and a duck
7 months ago
Jenny Keane: "There is a huge vulnerability when it comes to exploring your sexuality"
8 months ago
Text your ex over Christmas, yeah?
Next Page