Do you think you could guess the most popular honeymoon destination in Europe?

Or simply planning a holiday?

Well, according to Pinterest, the most popular honeymoon destination in Europe last year was actually an unexpected one.

When you read this headline you probably thought Paris, Greece or Italy, well, if you did you are wrong. 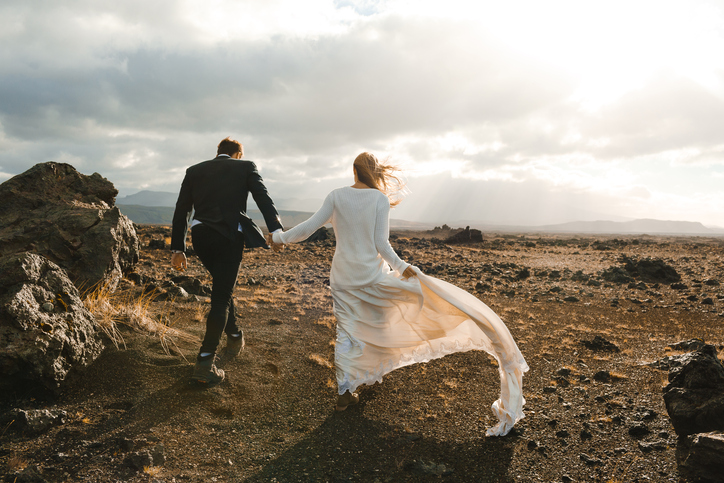 Because according to the site, they uncovered that Switzerland was actually the most popular honeymoon destination of last year. Pins for Switzerland were up 856% since 2017.

Yeah, we were surprised too.

But when you think about it, Switzerland really does have so much to offer. In fact, it's sort of the underdog of honeymoon locations. Its close proximity to both Italy and France make it ideal for travelling plus, if you are looking for a honeymoon full of adventure, it has got some of the most picturesque mountains and lakes.

A variation from tiny remote towns to bigger cosmopolitan cities like Zurich, will leave you spoilt for choice.

Another thing to note is, if you plan on having your honeymoon during the winter months, you'll hit Switzerland during ski season and we are all about that aprés-ski life.

Other locations which proved popular on the site were Italy, Malta, and Spain.

Now, I am not sure about you but I just got a serious case of itchy feet and a need to travel. Who's with me?

popular
Derry Girls star speaks out after show called "distinctively British"
Police search underway for missing YouTuber Gabby Petito's boyfriend
Taken up sea swimming? We found the perfect Dryrobe dupe to keep you warm this winter
Penneys has launched a major sustainability pledge – and here is what is changing in store
Dublin nurse scammed out of all her savings warns others
The 'secret' Zara label signs that'll apparently help you get the right size every time
Terrie McEvoy responds to trolls who commented on her pregnancy weight
You may also like
1 week ago
Cork's Metropole Hotel is a touch of glamour in the Victorian Quarter
3 weeks ago
You can now buy a house in an Italian town near Rome for €1
1 month ago
Autumn staycation? Right now, you can get a great deal on a weekend in Belfast
1 month ago
Ryanair launches 24-hour sale on over 650 routes from €12.99
1 month ago
This Limerick hotel's spa is next level when it comes to relaxation
1 month ago
5 things you need to see and do on your next visit to Sligo
Next Page