The Italian island of Sardinia is urging people to get applications in to buy a house on the island for €1.

Yep, the Sardinian village of Ollolai in the Barbagia region launched a scheme in 2015 to attract more people to the location after the population dwindled to 1,300. 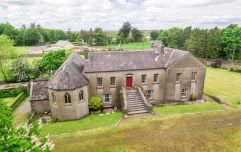 END_OF_DOCUMENT_TOKEN_TO_BE_REPLACED

The mayor, Efisio Arbau, wanted to inject more life into the community and invited people to purchase one of 200 stone houses for just €1.

However, there are strings attached - buyers will have to have between €20,000 to €30,000 to make the stone house inhabitable, as many of them are in varying states of repair.

The property will also have to be refurbished within three years and you can only sell the house after five years.

However, the demand has been so high, that the government have put a deadline onto the scheme.

Now, anyone interested in buying a stone house in Ollolai will have to submit an application by February 7.

popular
Body found in search for missing YouTuber Gabby Petito
These are the restrictions being lifted today
Mary Lou McDonald condemns "homophobic" protest outside Leo Varadkar's home
Woman in her 50s dies following Monaghan road collision
Woman claims to have picked up Gabby Petito's fiancé hitchhiking
Penneys has launched a major sustainability pledge – and here is what is changing in store
Derry Girls star speaks out after show called "distinctively British"
You may also like
4 months ago
Rihanna has become her own neighbour and we're pretty jealous
1 year ago
This new Netflix property show will fill that 'Selling Sunset' void in your life
2 years ago
Any takers? This €20 million Laois mansion is now on the market
2 years ago
This little Wicklow house is for sale and looks totally different on the inside
2 years ago
This was voted the most expensive place to live in Ireland last year
2 years ago
This new TV show is looking for first-time buyers to give advice to
Next Page