A sorority at Samford University in Birmingham, Alabama has come under fire for printing racist imagery on t-shirts for a Spring formal dance.

ATTN report that the t-shirts were created by the Kappa chapter of the sorority Alpha Deta Pi, and depict a map of Alabama with a caricature of a black man eating a watermelon (a well known racist stereotype) and black people picking cotton.

This shirt was made by Alpha Delta Pi Sorority in Birmingham, Al. When y'all see the problem Retweet & Report. pic.twitter.com/at0dCvjDG1 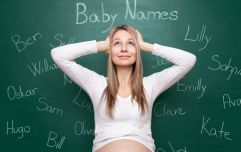 END_OF_DOCUMENT_TOKEN_TO_BE_REPLACED

Alabama has one of the most disturbing histories out of all 50 states so for these images to appear on the t-shirts is in extremely poor taste.

In the years leading up to the Civil War in America and the abolition of slavery, Alabama's wealthy economy was fuelled by the labour of black slaves who were treated like animals by their owners.

The university responded, stating that the administration had rejected the design but the sorority went ahead and printed the t-shirts anyway.

An apology to the community pic.twitter.com/Cb8OgS4NKf 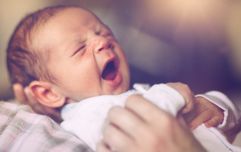 Aoife is the number one Irish baby name in the US right now, finds survey

END_OF_DOCUMENT_TOKEN_TO_BE_REPLACED

The President of the University, Andrew Westmoreland issued an apology letter to the students which read:"My understanding is that the design of the shirt was rejected by members of our university staff during an approval process, but that the shirt was printed without our knowledge. We will, of course, conduct a thorough review of that process.

"My understanding is that the design of the shirt was rejected by members of our university staff during an approval process, but that the shirt was printed without our knowledge. We will, of course, conduct a thorough review of that process."

"There is no doubt that this graphic illustration on a sorority T-shirt does not capture the thoughts of our entire campus, but there is also no doubt that each of us associated with Samford bears responsibility whenever disrespect appears. It is a poignant, gripping reminder that, regardless of progress made, additional progress awaits us."

"Let me add this personal word to our employees and students of color, in the hope that you can know of my personal embarrassment. I was repulsed by the image. I lack the words to express my own sense of frustration. I am certain that you will receive apologies from those who were responsible for creating the shirt, but I want you to know now of my personal apology for the fact that it happened. "

"We share intense sorrow, even on a morning in which we are called to celebrate the graduation of so many of our students. I will admit that it is difficult for me to smile amidst the sadness that I feel right now."

popular
Family of four found dead in hotel sauna
Little Mix's Leigh Anne Pinnock addresses haters in tearful speech at 30th birthday party
The First Quadrillionaire? Paypal Accidentally Gives Man $92 Quadrillion
It looks like it's all over between Maura Higgins and Giovanni Pernice
"Real-life consequences": Strictly's Adam Peaty addresses near-kiss rumours
Gwen Stefani reportedly pregnant with baby number four
Here's what happens on every day of your menstrual cycle (roughly)
You may also like
1 week ago
Woman charged fee for "brief emotion" during mole removal
3 weeks ago
US to end travel ban for vaccinated passengers in November
2 months ago
18-year-old TikTok star Timbo the Redneck dies after stunt goes wrong
4 months ago
US city votes to make abortion punishable by six months in prison
9 months ago
Thousands of protesters have broken into US government building Capitol Hill
2 years ago
Aer Lingus just announced a massive sale on flights to Europe and America
Next Page