These girls are adorable!

A new mum has found herself in an unusual situation after sharing a video of her new baby twins online.

Alexis LaRue, 22, appeared in the now-viral video holding her seven-month-old twins in her arms. LaRue also shared another video of her weighing her kids to prove their size was actually real, as many users were convinced the gorgeous babies couldn't possibly be hers.

But they are, and they're so cute.

@themejiafamily_It’s a no for me ??♬ original sound - Alexis LaRue

The mum's viral TikTok videos range from baby information, to her physically measuring her children to prove that they are in fact growing quite fast. Despite allegations of overfeeding, Alexis said that: "Their paediatrician has not had any concerns about their sizes, they are simply very fast growers". 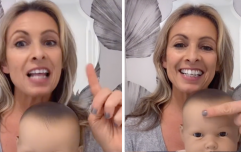 END_OF_DOCUMENT_TOKEN_TO_BE_REPLACED

Hailing from Minneapolis–Saint Paul in Minnesota, USA, Alexis stood at around 5’3" and weighed 108lbs before becoming pregnant. At just 38 weeks, Alexis weighed 180lbs.

In March, she gave birth to two beautiful twin girls, with Camila weighing in at 6lbs 6oz and Elena weighing 6lbs 7oz. Seven months later and the girls have tripled their birth weight and come in at around 21lbs each.

"They just really seem to enjoy trying new foods. Whenever I am eating something, they always stare at me as if they're waiting for me to give them some," Alexis said. 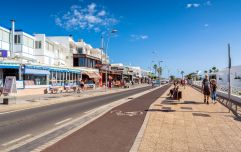 END_OF_DOCUMENT_TOKEN_TO_BE_REPLACED

"My one goal in life was to be a mum, so I was incredibly excited it was coming true," she added.

She continued to say that finding out that she was having twins was both a shock and an exciting moment.

"I was only six weeks along when I had my first ultrasound and we saw two little sacs on the screen.

"Not having any twins in our families, I was completely shocked, but I was also so excited."

Alexis finds herself purchasing clothes all the time as the girls outgrow stuff too quickly. At just seven-months-old they can fight into both 12 and 18-month clothing.

"If there is one thing I would like everyone to know, it is to remember that all babies are different. They all grow at a different pace, mine just happens to be growing very quickly," she reminded people.

"They are very healthy, happy, and full of personality. Always remember to be kind."