We're always keen to find out the most popular baby names as they can change so much going from decade to decade.

What's thought of as 'in' one year is 'out' the next, and sometimes some pretty random monikers make the list. 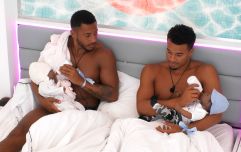 These are the most popular baby names for 2021

END_OF_DOCUMENT_TOKEN_TO_BE_REPLACED

Nameberry has just complied its most recent list of poplar baby names for 2019 (so far), but we have to say we're not all that surprised by them.

The top 5 for boys and girls have largely remained the same with only a few new ones thrown in.

The site calculate the popularity of the names based on which names attract the most views on the site.

With 11 million views so far this year, it's clear that the following 10 are making their way to the main stage: 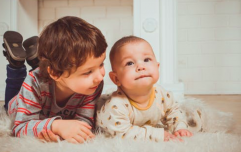 Not going anywhere: Baby names set to stay popular for the next decade

END_OF_DOCUMENT_TOKEN_TO_BE_REPLACED

Posie for a girl has taken a massive hike, as it has never been in the site's Top 1000 names - ever.

However, Nameberry says that while Posie has overtaken Olivia, the name will still be as popular for years to come.

"Olivia has been a favourite with Nameberry visitors and parents around the world for many years now, ranking among the US Top 10 since 2001 and standing at Number 3 on Nameberry’s 2019 list.

"Jack is the top boys’ name in Scotland and Ireland and ranks Number 7 among boys’ names for 2019. Other classics with staying power: Charlotte at Number 10 and Oliver at Number 14."

popular
Charlie Bird says he "cries every day" as he struggles to cope with MND diagnosis
Princess Charlene in "very vulnerable" condition, says father
Real Housewives of Johannesburg star Naledi Willers dies aged 30
Boris Johnson announces birth of "healthy baby girl"
Concerns over travel restrictions this Christmas due to “significant numbers” of Omicron
Marty Morrissey to take a step back from RTÉ after tragic death of mum Peggy
Schoolboy placed in isolation for putting hair in plaits like female classmates
You may also like
2 weeks ago
Vogue Williams shares potential baby names for third child
1 month ago
Terrie McEvoy shares newborn baby girl's name for first time
1 month ago
Huge rise in people naming their babies after house plants
1 month ago
The most popular baby names in Ireland have been released in Statistical Yearbook 2021
1 month ago
Stacey Solomon rules out baby names beginning with 'A' over initials
2 months ago
What's the name of Stacey Soloman's baby girl?
Next Page