But it's a lot easier than you think.

Le Creuset has been making their sturdy-but-stunning cast iron cookware since 1925 - and they've just gotten more and more fantastic since.

We absolutely adored their various Disney-inspired collections, as well as their stunning lavender range. Not to mention - have you seen their Valentine's Day collection yet?

But the one thing we've never been too certain on is how to actually pronounce the brand's name.

And, as it turns out, we weren't alone.

Is now the right time to admit I don't know how to pronounce Le Creuset. Presumably that's why it is so expensive. END_OF_DOCUMENT_TOKEN_TO_BE_REPLACED

If you've been pronouncing it as lay-croo-SET or luh-croo-SAY, or simply refer to it as the 'big blue pot', don't worry - you're definitely not alone.

North Carolina chef  Vivian Howard recently admitted she had the same problem, too.

She recently filmed a short video with the company, where she joked about her difficulties with trying to pronounce the French word with her Southern American accent.

"For the longest time, I had such a crush on them, but I could never verbalise it because I didn't know how to say it and I was so afraid of sounding like a big old red-neck." 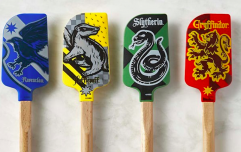 END_OF_DOCUMENT_TOKEN_TO_BE_REPLACED

But a little more than halfway through the 51 second clip, and Vivian explains how the cookware brand is really pronounced - and revealed what we've been doing wrong all this time.

As it turns out, it's luh-CROO-zay - with the emphasis going on the middle syllable.

It's even easier than we thought.

popular
Deborah James "scared to go to sleep" as she receives hospice care
Final episode of Neighbours to air on Irish TV in August
Wagatha Christie: Rebekah Vardy storms out of court just 30 minutes into final day
Tributes paid after Love/Hate actor Stephen Clinch dies aged 52
Traditional names such as Mary, Maureen, John and Michael may soon be extinct
Irish mum shares "harrowing" experience after kids almost abducted in Turkey
Wait, is Maura Higgins in a new relationship?
You may also like
2 months ago
Here's where you can find some state-of-the-art kitchen essentials at an affordable price
4 months ago
You can now get "tearless onions" in the UK
5 months ago
A wizard in the kitchen? Le Creuset has launched an actual Harry Potter collection
6 months ago
3 new vegan cookbooks that will inspire you to try eat more plant-based meals
8 months ago
5 delicious and warming soup recipes to make your autumn extra cosy
9 months ago
Gordon Ramsay's daughter Tilly latest cast member to join Strictly Come Dancing
Next Page