Danny Watson and Jimmy Cooper are two candidates that would definitely qualify for our Her Hero of the Week feature, thanks to their extremely generous gesture.

The two men own Watson Construction in New Mexico and one day the family of two-year-old Pamela Suto knocked on their door.

At the time, Pamela's eyesight had been deteriorating rapidly and she needed a complicated operation to save her sight. 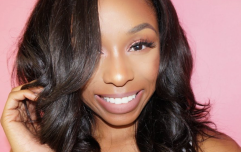 END_OF_DOCUMENT_TOKEN_TO_BE_REPLACED

Pamela has a serious condition that causes the deterioration of the layer of tissue at the back of the eye responsible for converting light rays into impulses. These impulses are then transmitted to the brain.

The operation which took place in May reattached one of the little girl's retinas to her eye and she is now recovering sight in both eyes, according to the Huffington Post. 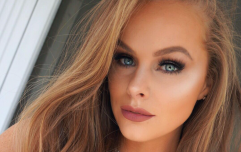 A beauty Youtuber vlogged through her open brain surgery

END_OF_DOCUMENT_TOKEN_TO_BE_REPLACED

Before Watson and Cooper made their generous donation, the family had raised $5,000 (€3,665) towards the cost of the operation.

However, thanks to the $35,000 (€25,653) which covered the entire cost of the operation, the family were able to use the $5,000 for travel expenses as the operation took place in Michigan.

"After thinking it over, Jimmy and I decided that it was a really neat opportunity to help someone out," Danny recently told Yahoo. "It would have been tragic for this girl to lose her sight at such a young age."

Although the donation was initially made anonymously, Danny and Jimmy later came forward and introduced themselves to the Suto family who were extremely grateful for their kindness.