Hey man, do you vape?

Well you will after you hear about the Vapegasm, a new product that combines everybody's two favourite activities - vaping and orgasming.

Can't think of a single other thing you'd rather do in this world? Cool, us neither. Read on so.

The Vapegasm combines sexual stimulation with vaping through a technology that allowed users to control the vibrations of their sex toy using their vape.

END_OF_DOCUMENT_TOKEN_TO_BE_REPLACED

The Vapegasm is the brainchild of CamSoda, an adult entertainment webcam site, who have made it their mission to combine getting high and getting off.

Users pair the Vapegasm to their Lovense sex toy via Bluetooth. The Vapegasm app then connects the two together, allowing whoever's pulling on the vape to control the vibrations of the toy.

The app is currently only available for female Lovense sex toys, but the lads are working on adding male connected toys in the future.

END_OF_DOCUMENT_TOKEN_TO_BE_REPLACED

"Anywhere you go, you see people juuling or pulling on a vape pen.

"Considering how much euphoria it provides people with, it only makes sense that we couple it with sexual stimulation to deliver an experience unlike anything before."

You've got that part right, anyway. 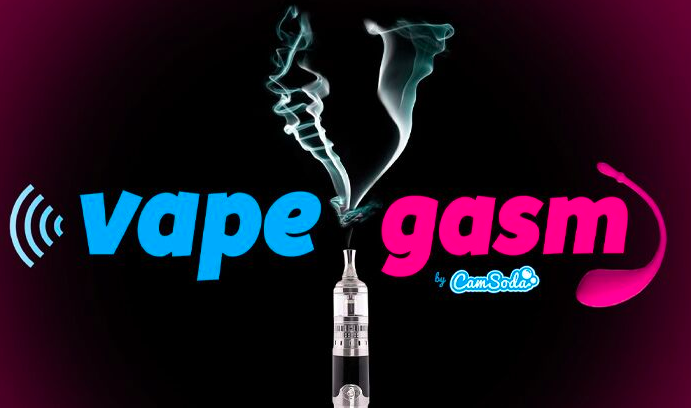 The Vapegasm pens start at just $20 (about €17 not including shipping), which is a decent enough deal in fairness.

The only catch is that you're going to have to get yourself a Lovense sex toy too if you want the thing to work.

You can find out more about the Vapegasm, if you're anyway that inclined, here.

popular
Bride asks for divorce day after wedding following groom's disrespectful cake stunt
Gwen Stefani reportedly pregnant with baby number four
Here's why Nicola Peltz-Beckham's family are suing her wedding planners
Natalie Imbruglia's Torn is actually a cover and the original just isn't the same
These are the most popular names for babies born in February
Police believe they know what happened to missing dog walker Nicola Bulley
Sad news for the royal family as Princess Beatrice's puppy dies from poisoning
You may also like
1 month ago
Straight woman and gay man 'make marriage work' with weekly feedback
8 months ago
People with many sexual partners need to watch out for monkeypox, says chief doctor
8 months ago
Sex educator Jenny Keane is back to answer more of your sex and pleasure questions
9 months ago
Sex educator Jenny Keane answers all of your sex and contraception questions
9 months ago
Gogglebox sparks Ofcom complaints over X-rated scene between woman and a duck
11 months ago
Sex after Covid? Becoming intimate post-pandemic
Next Page