Butlins' Mosney holiday camp, situated in Mosney, Co Meath, was the ultimate summer holiday destination when it first opened its doors in 1948.

Who remembers #Mosney / #Butlins? Such a great place to bring the kids in the Summer. #tweetni #1990s #niteachers pic.twitter.com/1U5v61trob

But a new video has just been released showing the hauntingly decayed former holiday camp - and later a direct provision camp  - and it's in a really horrible state of disrepair. 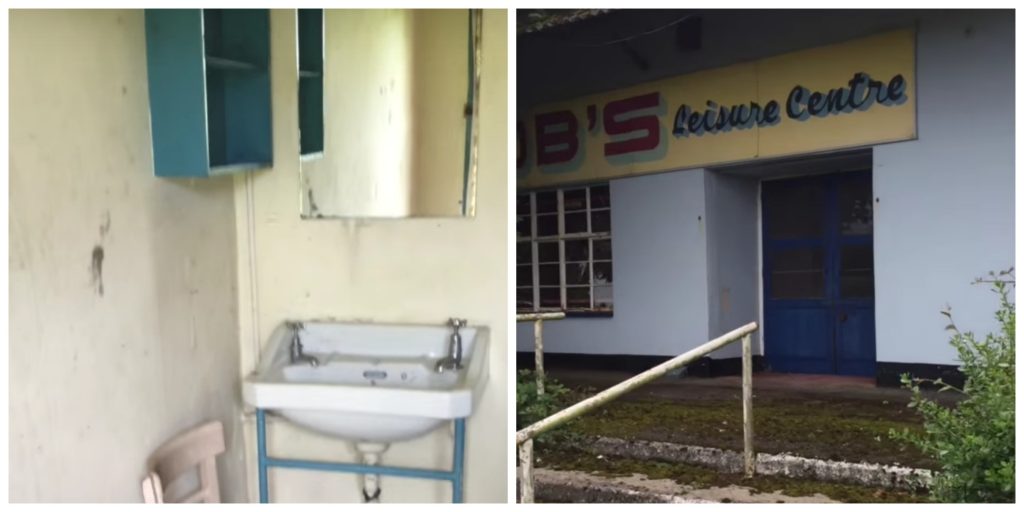 At its height, Mosney had a whopping capacity of 2,800 campers and space for around 4,000 day visitors. It's fair to say that it was an instant Irish hit.

It embodied this aspirational lifestyle that the baby boomers longed for, but at a price that was kind on pockets. When Billy Butlin started his business his ethos was to give "a week’s family holidays for a week’s wages".

Envying one of the richer kids for the exotic place he went on hols with his family - Butlins in Mosney. #GrowingUpIrish

It was so revolutionary at its time that even the Catholic Church got involved and condemned the “English idea” which was alien and “undesirable in an Irish Catholic Country”.

END_OF_DOCUMENT_TOKEN_TO_BE_REPLACED

In 1982, a then decaying Butlins was sold to Irish businessman Phelim McCluskey, who continued on the running of Mosney and the Community Games which was also held on the facilities.

A bit further down the line, in 2000, the site was sold to the Irish government who turned it into emergency accommodation for asylum seekers.

But as you will see in the video below, uploaded by YouTube user FlipFlop Windsurfing, the site today is completely unrecognisable. You can still make out some of the landmarks that made so many Irish families holidays memorable. For the most part though, the video shows just how run-down and derelict the place has become.

Have a watch. See if it brings back any memories:

popular
Celine Dion, 54, diagnosed with incurable neurological disease
Fans are feeling seriously sorry for Molly Mae Hague after resurfaced interview
HSE advises children with sore throat, cough and fever should stay at home
Here are our top picks from this week's Lidl Toy Event
Maura Higgins claims she was left by designer who went to style someone else at an award show
He may be a politician, but Leo Varadkar's personal life is none of our business
Father took daughter to hospital three times before she died of Strep A
You may also like
5 hours ago
A Status Yellow warning for ice and low temperature is now in effect
3 days ago
We could be getting snow this Thursday, according to Met Éireann
3 weeks ago
Iran has issued the first death sentence for protesting
3 weeks ago
Iranian actress Taraneh Alidoosti removes headscarf in social media post
4 weeks ago
Government's five-day domestic violence leave plan criticised
2 months ago
Meteor shower to be visible over Ireland tomorrow
Next Page