Some people said they were "traumatised" by what they'd witnessed.

Viewers have been left in shock after a viral video from an American TikToker showing how to make a cup of tea.

TikTok user @swfinds, an American woman who recently moved to the UK, shared the "chaotic" tutorial which has since racked up over 1.3 million views.

In the bizarre clip, she combines milk, water, sugar and two teabags in an electric kettle before turning it on. Once boiled, she pours the contents into a latte glass, adds a little more sugar, and enjoys.

For some reason, the user explained that she was not making "iced tea", she was making "British tea".

END_OF_DOCUMENT_TOKEN_TO_BE_REPLACED

The comments section was quickly flooded with people expressing their absolute disbelief and informing her that what she had made was actually neither of those things.

"Please dear god make this a joke," one person said.

"You realise this is a crime?" another wrote.

"I know you did not just do that," a third added.

"I'm America and even I'm traumatised by this," a fourth said. 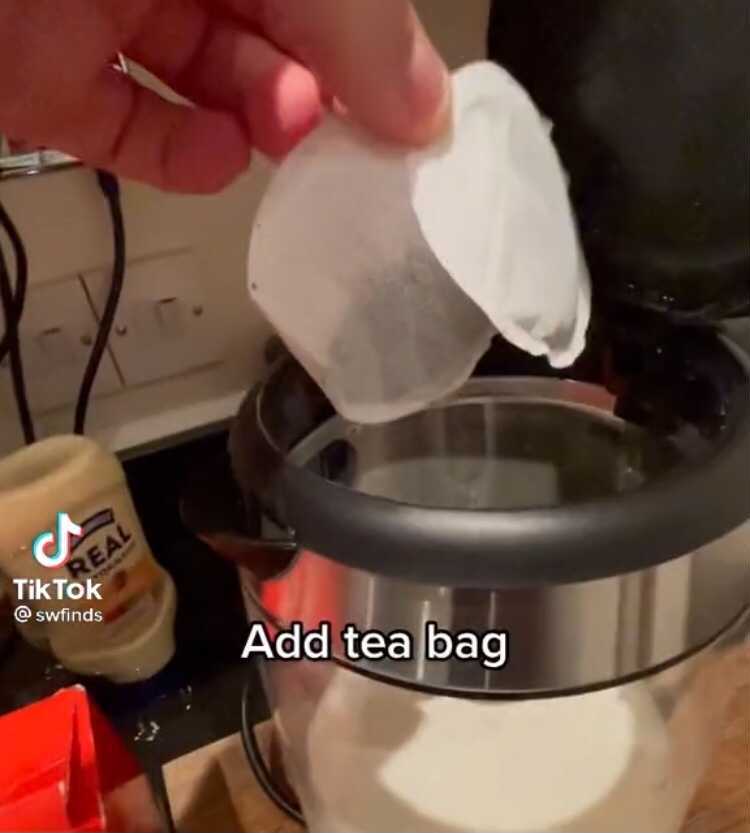 END_OF_DOCUMENT_TOKEN_TO_BE_REPLACED

Others said they would need to talk about what they had just seen in therapy.

"My therapist is going to be hearing about this," one person wrote.

Another joked:"My therapist gonna need a therapist after this one."

Many were confused about whether or not the video was satire as Americans making offensively bad tea to poke fun and British and Irish has become a popular trend on TikTok in the past year.

However, judging by the rest of the user's profile - which is dedicated to the things that confuse her about living in Britain - it seems she was being genuine.

Last year, TikTokers this side of the pond were shocked to find out that many Americans did not know what an electric kettle was.

popular
Love Island fans have some things to say about Shaq and Tanya's confession
Man charged with the murder of pregnant Natalie McNally
Wayne Lineker called out for comment on Tommy and Molly-Mae's baby news
Natalie Imbruglia's Torn is actually a cover and the original just isn't the same
Priscilla Presley pays tribute to daughter Lisa Marie on her 55th birthday
Chris Hughes reveals he has been rushed to hospital in "worst" night of his life
Love Island's Haris spills all on an unaired fight between Zara and Tanyel
You may also like
4 months ago
"Home alone" – Prince Louis memes are taking over the internet
5 months ago
Andrew Tate has – finally – been banned from Facebook and Instagram
6 months ago
Sonya Lennon reveals ‘judgement’ her daughter, 17, experienced when buying pregnancy test
6 months ago
Here's how to make Hailey Bieber's TikTok famous Strawberry Glaze Skin Smoothie
7 months ago
Mass in Mayo church goes viral after spooky incident happens over livestream
7 months ago
People on TikTok are making 'healthy Coke' with just two ingredients
Next Page