WATCH: All female Áras Uí Chonghaile discuss partition and the future of Ireland

Partition and a United Ireland have been widely discussed recently.

During the week Claire Byrne hosted a panel discussion about the possibility about a United Ireland and it's had a lot of people talking.

In the wake of Brexit the idea of reunification has been at the forefront of many minds, with some thinking it's inevitable, while others think it will never happen.

Following on from Claire Byrne's show Áras Uí Chonghaile hosted an all female discussion on partition in Ireland and what they think the future of Ireland will be.

END_OF_DOCUMENT_TOKEN_TO_BE_REPLACED

With 2021 marking the centenary of the partition of Ireland 'The Future of Partition - Women's Perspective' takes a look at what the next few year might have in store for both the Republic and Northern Ireland.

In the discussion that aired live on YouTube on Wednesday, a panel of female leaders with contrasting views explored its impact from their various perspectives and discussed what they see as the future for the island. 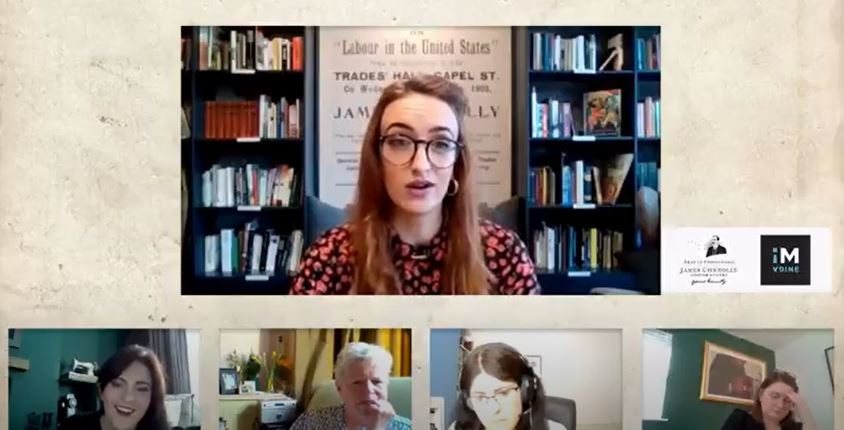 END_OF_DOCUMENT_TOKEN_TO_BE_REPLACED

While there were some female experts on the Claire Byrne discussion on the topic of a United Ireland (including some featured in the Áras Uí Chonghaile panel, most of the voices were mainly men.

This is a common theme with a lot of political debates so it was very interesting to watch The Future of Partition - Women's Perspective and hear what women on both sides of debate, both for and against reunification, had to say on the matter.

The Future of Partition - Women's Perspective is a long watch at over an hour but if you're interested in politics or simply the history behind partition in Ireland I would highly recommend sticking it on as it's a very interesting watch.

popular
Airport outfits are all the rage as we head abroad - here are the 4 best ones
Penneys has a perfect dupe for Charlotte Tilbury's Flawless Filter foundation
WATCH: The moment dad attacks 3-year-old son's suspected murderer in court
So it seems Ekin-Su once competed as Miss Ireland before Love Island fame
Love Island's Gemma finally tells villa about dad Michael Owen on TV
Gemma Owen gets to know Jack Keating as her head turns on tonight's Love Island
A 'hangover pill' has just gone on sale in the UK - and they ship to Ireland
You may also like
3 days ago
Irish pharmacies to provide safe space to help victims of domestic violence
3 days ago
Aer Lingus issue apology as more flights are cancelled
4 days ago
Ian Bailey says he will "fully cooperate" with Sophie Toscan du Plantier cold case review
6 days ago
New €360 million plan announced to tackle gender-based violence in Ireland
6 days ago
Parents call for babies to be tested for rare muscle condition
3 weeks ago
Kellie Harrington to receive Freedom of Dublin this weekend
Next Page