We're sure the hype around Pokemon Go will eventually die down, but it might be a while yet.

The augmented reality game has become more popular than even its developers anticipated, forcing a delay to its European release (it only officially landed in Ireland and the UK this weekend).

You've probably seen its impact while just going about your daily business - if you've seen people walking down the street aimlessly while glued to their phones, before running off in random directions, Pokemon Go is probably to blame. 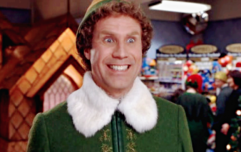 END_OF_DOCUMENT_TOKEN_TO_BE_REPLACED

That was certainly the case in New York's Central Park, where a Vaporeon - one of the rarest Pokemon around - was spotted.

Its presence caused a near-stampede as New Yorkers rushed into the park in an attempt to capture it before anyone else. Some even got out of their cars to run in.

Vaporeon is an evolved form of a more common Pokemon, Eevee, and iDigitalTimes reports that there may be another way to get your hands on one.

According to their report, if you rename your Eevee 'Rainer' before evolving it, you can guarantee yourself a Vaporeon.

Much easier than fighting your way through all those crowds, surely.

Girls With Goals || Her · Ep.154: Scholarship Squad Take 2 - Smurfit alum Grace Milton
popular
It's a Sin: Bump Channel 4's latest drama to the top of your watch-list
'They're Dead To Me Now' - Kate And Oliver Hudson Have Been Disowned By Their Father
Kourtney Kardashian and Travis Barker are officially dating
Police called to "illegal rave" in UK to find pensioners queuing for vaccine
Reality TV show One Night With My Ex starts on Irish TV tonight
Here's what happens on every day of your menstrual cycle (roughly)
Someone has ranked the penis size of men from all over the world
You may also like
8 months ago
Get ready for Rise up New York! where three of our favourite divas will be taking to the (home) stage
10 months ago
PSA: You can get paid to explore New York and live rent-free for three months
1 year ago
There is a GIANT Harry Potter flagship store opening in New York later this year
1 year ago
The world's first museum dedicated to MAKEUP is opening in 2020, and wow
1 year ago
Foie gras to be banned in New York City due to animal cruelty
1 year ago
Ease into autumn - here are our top 5 destinations to visit when the leaves start falling
Next Page