I walked in, confident my bra game was strong - I was wrong.

When it comes to my lingerie collection, it's fairly limited. With too many socks to fit in a drawer and plenty of knickers to choose between, the number of bras I own is outrageously disproportionate.

Yes, at any one time, I usually have about three wearable bras at my disposal.

That's it. That's my bra collection.

Limited I know. Especially when many experts say women should have about eight to choose from.

And what’s even worse, is that of the three bras I own, none of them were professionally fitted. Always confident of my ability to find the perfectly-fitting support, I have foregone professional bra fittings for longer than I’d usually admit.

But for the sake of transparency, it’s been nearly five years since I’ve last had my chest measured, assessed and hoisted by a professional. In that five years, like most women, my weight has fluctuated both up and down and with that comes a change in the cup size I should be wearing.

However, recently I was reminded that we all should be going for bra fittings every six months meaning I’ve missed roughly 10 fittings and I thought it was high time to change that.

Heading into Arnotts to make use of their bra fitting services, I won’t say I wasn’t cocky that I had my size fairly spot on. 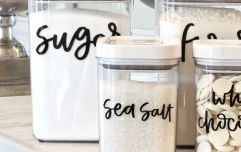 END_OF_DOCUMENT_TOKEN_TO_BE_REPLACED

When the fitting expert looked at the bra I was wearing going in, which was a 36B by the way, she said one thing that will haunt me forever, “Oh love, you’re way off!”

And with those five words, I went from being overly confident about my knowledge in the bra department to being totally desperate for any and all help the expert could give me.

With a few simple questions about style, colour and fit asked, off she went and brought back four different options “to start with”.

Bear in mind, that is more than the number of bras I own, so as you can imagine I was already overwhelmed with choice.

One key piece of information I learned was that not all brands will fit the same. The B cup in one brand could be the A cup in another, proving yet again how important it is to get fitted or at least try options on.

I was looking for an everyday bra – a nude, t-shirt style that could be worn under almost everything and, of course, was comfortable. 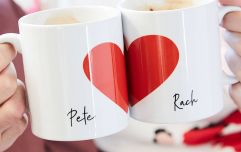 END_OF_DOCUMENT_TOKEN_TO_BE_REPLACED

With a variety of options in front of me, I began trying them on with the help of my very own fitter who pulled and tugged until I was "in".

Immediately I noticed just how snug it felt - a much tighter band than I was used to and straps that pulled much firmer, I could feel the support without even looking in the mirror but when I did, let’s just say it was jaw-drop kind of moment. 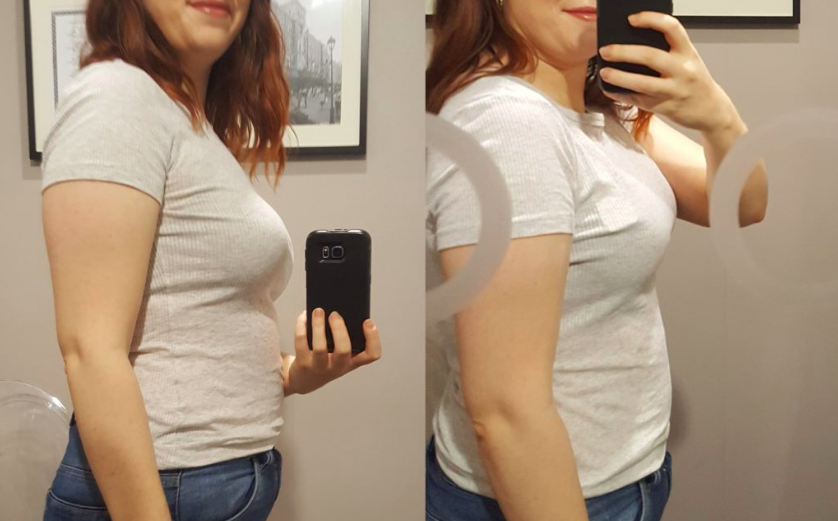 Completely embarrassed by how the girls looked before, my chest was now lifted by what looked like a foot and all of a sudden, I had legit cleavage.

A higher bust and a more fitted band also made me look like I’d lost about six pounds and revealed a waist that had obviously been in hiding for years.

As I looked in the mirror in disbelief at how good it looked, I thought that Beyoncé's smash hit Feelin Myself was written for moments like this.

However, the biggest shock came when she told me the size of the bra I was wearing. Walking in a 36B feeling like the shit thinking I was bang on, I was left in total silence when she revealed that the bra that looked so incredible on was actually a 32F. 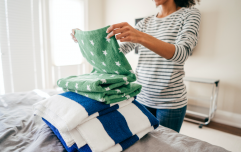 END_OF_DOCUMENT_TOKEN_TO_BE_REPLACED

Yep, you can just imagine the quiet that took over the dressing room when I realised I was not only wearing a band two sizes too big, but a cup four sizes too small.

I honestly cannot explain how in the space of a half hour, my attitude towards bra fitting and how necessary they are changed.

While I didn't decide to take that bra, I chose one that fit my needs a little better and we've been happily together for a few months now. It still gives me the same feeling as it did the first time I tried it on.

For the sake of my modesty, I took pictures underneath a t-shirt to show just how much of a difference the new bra made to my appearance and, while it might not be visible from the pictures, my confidence. 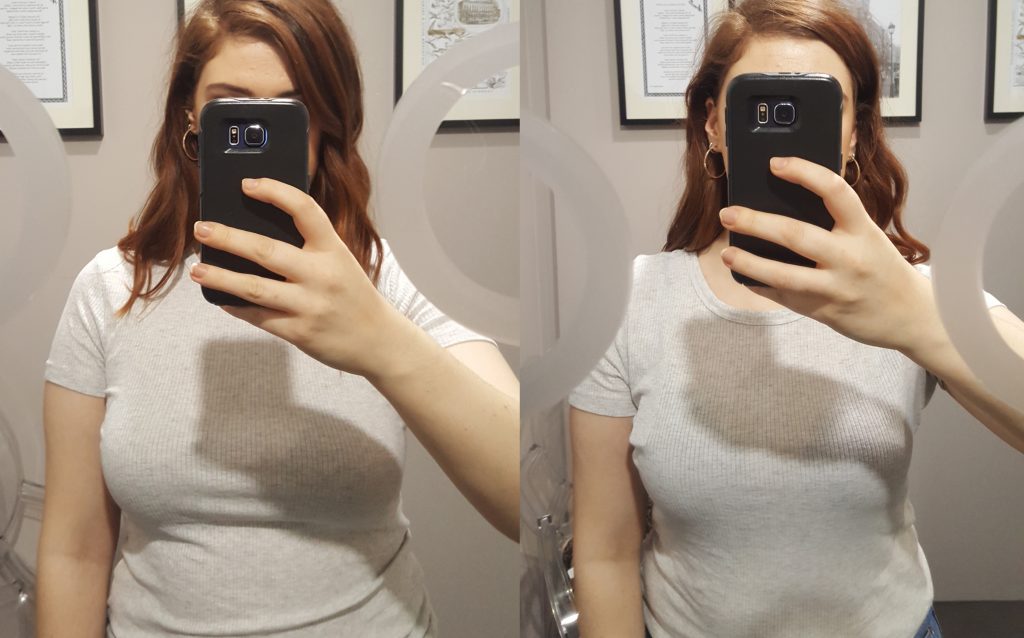 Yes, my properly fitted bra, which is a size 32DD by the way, is standing the test of time, however, I know that in a few months I need to get myself back into Arnotts to see if anything has changed.

And while before I might have seen that as an inconvenient appointment to make, now I see it as a necessary one.

And if you don't believe just look at those before and after pictures again - that'll convince you.


popular
Ronan and Storm Keating have welcomed their second baby – and her name is the cutest
Real life Corrie couple Sally Carman and Joe Duttine have gotten engaged
9 new Netflix additions we can't wait to check out in April
Andrew McGinley asks people to send him letters as he struggles with self-isolation
Wiz Khalifa confirms he has a new girlfriend... and you definitely know her
WATCH: Hozier performed an emotional rendition of The Parting Glass on last night's Late Late Show
The seriously comfy €20 Zara pants we'll be living in for the next few months
You may also like
6 days ago
The €14 cult cream that completely saved the dry, sore skin on my hands
3 weeks ago
Penneys has a new sustainable wellness collection – and you are going to want it all
3 weeks ago
Always feeling exhausted? Including these 10 foods in your diet will boost your energy
3 weeks ago
DIY beauty: The kitchen staple Julia Roberts uses to keep her hair healthy and hydrated
1 month ago
Penneys just got in some adorable Easter treats (perfect if you need to give the Easter Bunny a helping hand)
1 month ago
No chemical peel needed: 7 easy ways to achieve the glowing skin of your dreams
Next Page