What is 'quiet quitting' and why is everybody talking about it?

Have you been 'quiet quitting' your job?

I only came across this term rather recently, but I have to admit, having spent most of my adult life in the era of hustle culture and #girlboss vibes, it fascinated me to no end.

Apparently, the whole trend all started with a 17-second clip by an American TikTok-er.

END_OF_DOCUMENT_TOKEN_TO_BE_REPLACED

And no, 'quiet quitting' does not mean ghosting your employer or just not showing up to work, or suddenly quitting without saying goodbye to colleagues.

Instead, the trend embraces the notion of not going above and beyond at work – just doing the bare minimum, really – and the notion – and TikTok hashtags – have caused an awful lot of noise. 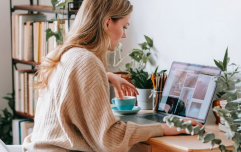 END_OF_DOCUMENT_TOKEN_TO_BE_REPLACED

To be clear, there’s no single definition of the term quiet quitting. For some, it seems to simply mean setting boundaries and not taking on additional work; for others, it just means not going above and beyond.

Interestingly, most, however, agree it does not mean you’re leaving the job.

I have always had pretty strict boundaries when it comes to work-life balance. I think maybe that comes from being Scandinavian, where, in general, most people have a much better work-life balance than in Ireland, and people tend to leave work at work. 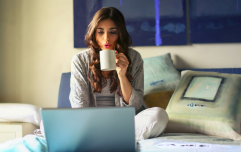 END_OF_DOCUMENT_TOKEN_TO_BE_REPLACED

In Norway, for instance, the working week is 37 hours, and office hours are 8 AM to 4 PM – and you can rest assured that come 4.15 PM, there is no one left in the office. Instead, people have left to collect their children, go to the gym, relax and watch TV, get dinner started, spend time in nature or hang out with family or friends – in other words, just live their lives outside of work.

Personally, I have always refused to have my work e-mail connected to my phone – work e-mail belongs on my laptop, where I can check it when I am actually working. However, I know so well this is not the case for so many, and ever since technology made it possible for us to be contactable 24/7, the reality is that many are feeling like they have to then be available 24/7 – that such is life now.

However, while it's getting a lot of exposure now, people setting boundaries for work-life balance isn't anything groundbreaking.

"It may be a TikTok phenomenon, but it is definitely not new,"explains Cynthia Pong, founder and CEO of career coaching firm Embrace Change to Real Simple.

"If anything, this has to do with generational values—what this generation wants and their values that are less of an 'all about the money' kind of thing."

And Pong think the past couple of years and all the upheaval they brought is one of the main reason people are starting to reevaluate their work-life balance.

"The pandemic has been the catalyst for a lot of people to recognize what's most important in their lives," she says. "And employees have been reeling back, looking to preserve their lives, and their family life."

Normalising your work not being your life

Pong thinks returning to the office may have been the final straw for many workers as surveys show many people wanted to keep working from home.

"Bosses do not trust their workers to do their jobs, and can't seem to realise how much that damages morale," says Ed Zitron, CEO of public relations firm EZPR, who has written extensively on the topic of quiet quitting.

"If I had a boss that was forcing me back to the office for no reason—which is the case in most situations where someone is being forced back—I would definitely not be going above and beyond, because they were doing the opposite for me."

Quiet quitting can also be considered a bit of a correction from the 'lean-in' and 'hustle culture' vibes that have dominated career conversations over the past few years.

"There's been a flat-out rejection of that," Pong says. "People are not going to jump through hoops anymore."

However, by calling it quiet quitting, employers have pushed the narrative that "above and beyond" performance is what's expected.

"Quiet quitting is commonly being referred to as doing the bare minimum at work, which makes it sound like people are being lazy or entitled," Zitron explains.

"The bare minimum actually means working the hours you're meant to, doing the tasks you're assigned, which is otherwise known as going to and doing your job."

popular
Two Love Island 2022 stars have just become step siblings...
Female child rushed to hospital after violent incident in Co. Clare
Molly Mae Hague shares emotional moment she discovered she was pregnant
Young girl found injured in Co. Clare house is in critical condition
Joe Swash has reportedly flown to South Africa to film I'm A Celeb All Stars
Abducted in Plain Sight: True crime drama follows girl who was kidnapped twice by the same man
Here's when Florence Pugh's new Irish film lands on Netflix
You may also like
5 months ago
Irish employers urged to consider reintroducing mask wearing and working from home
9 months ago
Court rules the walk from your bed to desk is officially a "commute"
10 months ago
Imposter syndrome sucks but it might actually be making you better at your job
1 year ago
Nike has given staff a week off as a "mental health break"
1 year ago
LinkedIn is adding 'stay-at-home-mum' as an actual job title
2 years ago
Office pizza makes employees more productive, according to study
Next Page