With Or Without U2! Apple Support Launch Page Instructing You How To Delete Free U2 Album

The company issued iPhone users with a gift of appreciation via U2's brand new album, Songs of Innocence.

The band's record was automatically downloaded onto devices as part of a massive PR campaign. However, sadly not everyone was pleased with the gift and thus, 'Who is U2' was spawned, a string of hilarious tweets and comments from folk online who were unaware of the rockers existence.

WHAT THE FUCK IS A U2 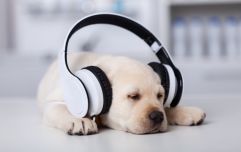 END_OF_DOCUMENT_TOKEN_TO_BE_REPLACED

Bono addressed the critics shortly after the iPhone 6 launch via the band's website, writing: "For the people out there who have no interest in checking us out, look at it this way: The blood, sweat and tears of some Irish guys are in your junk mail".

Today Apple support has launched a help page detailing just how to dispose of that U2 gift that according to reports cost the company a cool $100 million.

In an interview with Mashable, U2's manager Guy Oseary admitted that he could foresee the backlash and stated that anyone who doesn't approve or appreciate it can simply delete it.

Details to remove the album look a little like this: 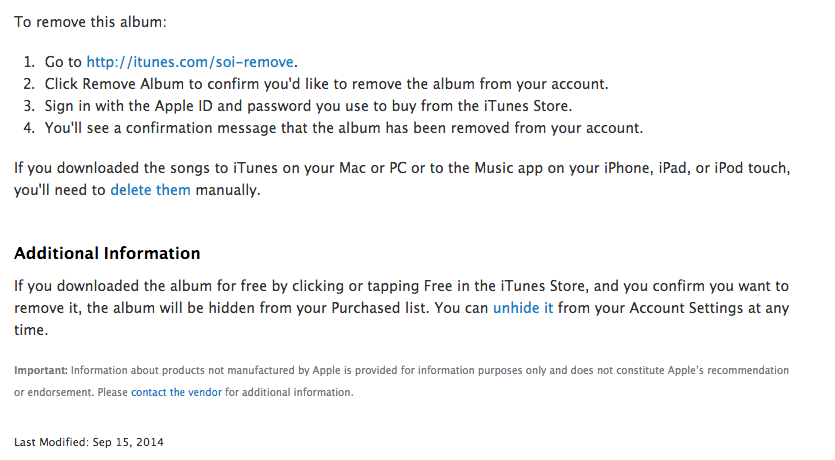 Girls With Goals || Her · Ep.155: 'Bits of Me' - Linnea Dunne on the importance of women's health
popular
Tried and tested: I tried the viral TikTok mascara hack to see if it really works
Matilda's Bruce Bogtrotter is a doctor now - and he doesn't even like chocolate
Someone has ranked the penis size of men from all over the world
Scarlett Moffatt discovers ‘30% rain’ on weather app doesn’t mean chance of rain
Here's what happens on every day of your menstrual cycle (roughly)
Kate Winslet experienced "horrible" body shaming after Titanic
Why Are Men so Obsessed With Boobs? The Answer is Pretty Surprising...
You may also like
1 day ago
Rapper Slowthai agrees to stop spitting in fans' mouths at gigs due to Covid-19
1 week ago
Michelle Visage joins Steps as 'sixth member’ for musical comeback
1 week ago
Framing Britney Spears available to watch on Irish TV from February 16
2 weeks ago
10 years on, Rebecca Black releases remix to 'Friday'
2 weeks ago
Westlife announce "biggest ever world tour" and US live shows
3 weeks ago
Remember Rebecca Black? Well, her new song Girlfriend is an actual bop
Next Page