It's safe to say that it's becoming more the norm for people to split bills when they're out on a date. Or, at least there's a discussion beforehand about who will pay.

However, a man has taken to Reddit after the woman he brought out on a date called him rude for not paying for her food.

The man shared the text to Reddit after he asked to girl out on another date, and it really got out of hand: 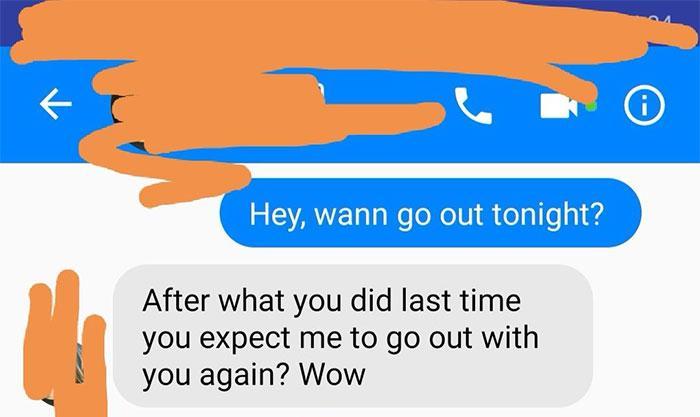 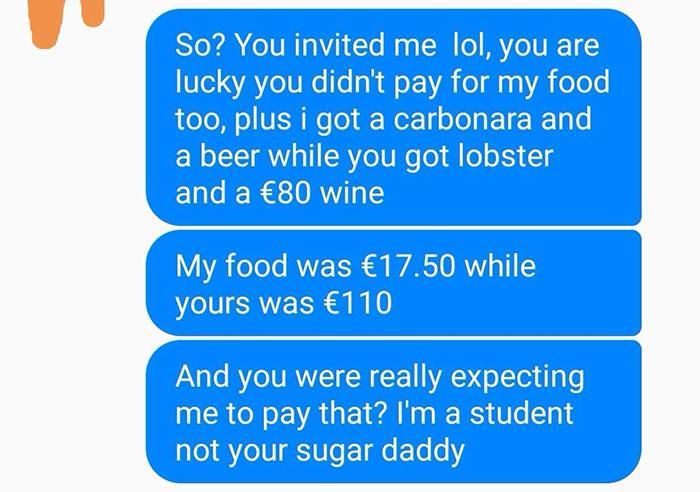 Yeah, pretty grim. Who do you think is that bad guy here?

popular
James Arthur says his relationship with this celeb made him a sex addict
Wagatha Christie: Rebekah Vardy storms out of court just 30 minutes into final day
Fashion house Dolce & Gabbana is 'sponsoring' Kourtney and Travis' Italian wedding
'She was always in awe of celebrity' – Rebekah Vardy's ex-husband speaks out
Rebel Wilson claims male co-star sexually harrassed her
A Full Time Job - The List of Tasks Mothers Carry Out Every Day
Why Are Men so Obsessed With Boobs? The Answer is Pretty Surprising...
You may also like
1 year ago
10 tasty veggie one-pot dinners that just about anyone could make
2 years ago
Breakfast, lunch and dinner: how to make your favourite meals tasty and nutritious
2 years ago
Cheesy garlic bread is the number one dish that causes food envy
2 years ago
You need to try these low-cal lime shrimp wraps this week
2 years ago
Why you need to try Sprezzatura - Dublin's newest Italian with all dishes under €10
2 years ago
Dinner and drinks: the 5 best foods to pair with a pint of Guinness
Next Page