Another genuinely amazing night at Anfield...

Music is a wonderfully powerful thing, and we've all experienced a life-changing gig before, just not perhaps like this.

Fresh from wowing Irish fans in Dublin last week, Pink continued her tour with a date at Anfield where somehow something even more dramatic than Liverpool's Champions League heroics took place.

Diehard fan - you definitely qualify if you go to a gig when nine months pregnant - Denise Jones was all set for a fun evening only to go into labour during the very first song on Tuesday.

Incidentally, the song in question was 'Get The Party Started', which seems pretty perfect, no?

The Liverpool Echo reports that on-site paramedics safely delivered a baby girl in the stadium's first aid room, despite being on the completely opposite side of the venue when Jones went into labour.

Having being alerted, heroes in question John Matthews and Dani Berg made their way across the stadium to meet Jones, and had to act fast, with no time to get to a hospital or administer anaesthetic.

In fact, the only available equipment they had was a couple of beds. 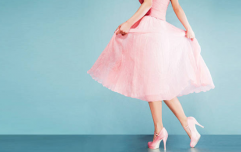 Pink is often stereotypically seen as a 'girly' colour... but why?

END_OF_DOCUMENT_TOKEN_TO_BE_REPLACED

"We didn't have time to get concerned or worried, we just had to crack on and get on with it."

“This doesn’t happen very often and I’d never delivered a baby in Anfield before," he added. "When things go well, it’s always a good feeling.”

Mother and baby are both doing well, with the baby taking the name Dolly Pink.


popular
This STUNNING €40 Zara dress is all you need to update your wardrobe for summer
The €13 Zara top that comes in four colours will become the most-worn item in your wardrobe
These €26 Zara trousers are the next best thing to tracksuit pants (and they come in three colours)
Garth Brooks is about to confirm three outdoor concerts in Ireland
10 summmer dresses we are ordering this week to cheer ourselves up
The largest family in Britain have welcomed baby number 22
Gemologist predicts that one engagement ring is losing popularity - we're not so sure
You may also like
2 days ago
#Covid-19: Pink reveals she had tested positive for coronavirus as she asks fans to 'stay at home'
4 weeks ago
Essence release a new range of cruelty free makeup brushes and we need them
1 month ago
Tickled pink! Magnum has just released a ruby chocolate covered ice cream
6 months ago
Pink's husband gushes about the singer on her 40th birthday
7 months ago
Pink just went IN on people 'bullying' Meghan Markle, and we're here for it
9 months ago
Raise your glasses for P!nk: the star sparkles at a sold-out RDS Arena
Next Page