That's what we're telling ourselves in the wake of a pretty odd Tinder interaction we came across today.

A girl has shared messages she got from a lad she matched on the app who thought he was doing her a solid by insulting her appearance.

In a message, a young man by the name of George writes to a girl called Thea and tells her that while he finds her to be "a joke", "that dress in the last photo is not doing any favours." 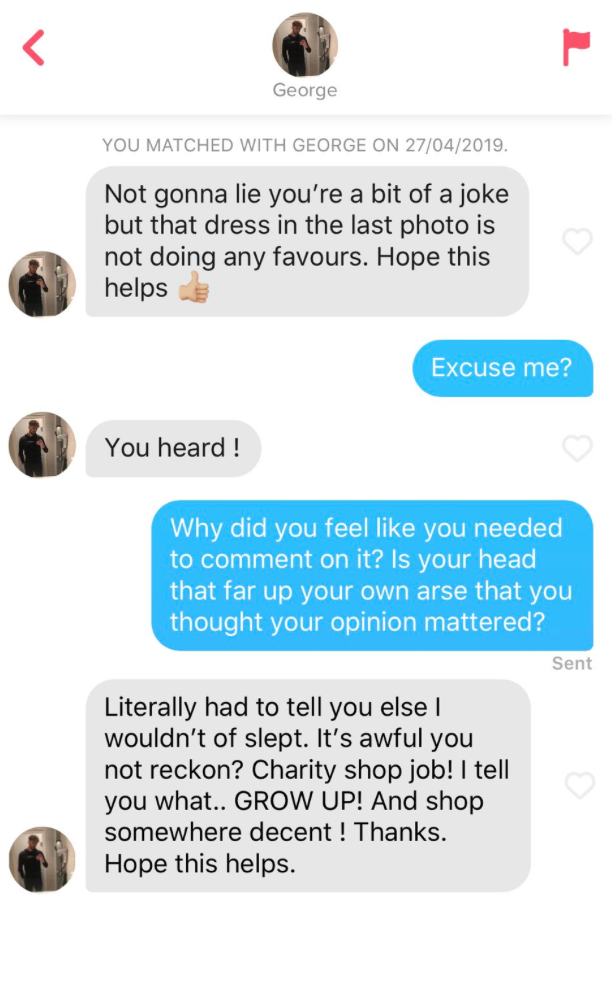 Thea was rightly confused and politely asked what he was on about, only for him to reply "you heard!"

Thea, having absolutely none of it, enquired as to whether there was something deeply wrong with George for him to think that that was a suitable message to send a Tinder match.

George, with grammar more offensive than the point he was trying to get across, said he "literally" had to tell her "else I wouldn't of slept". 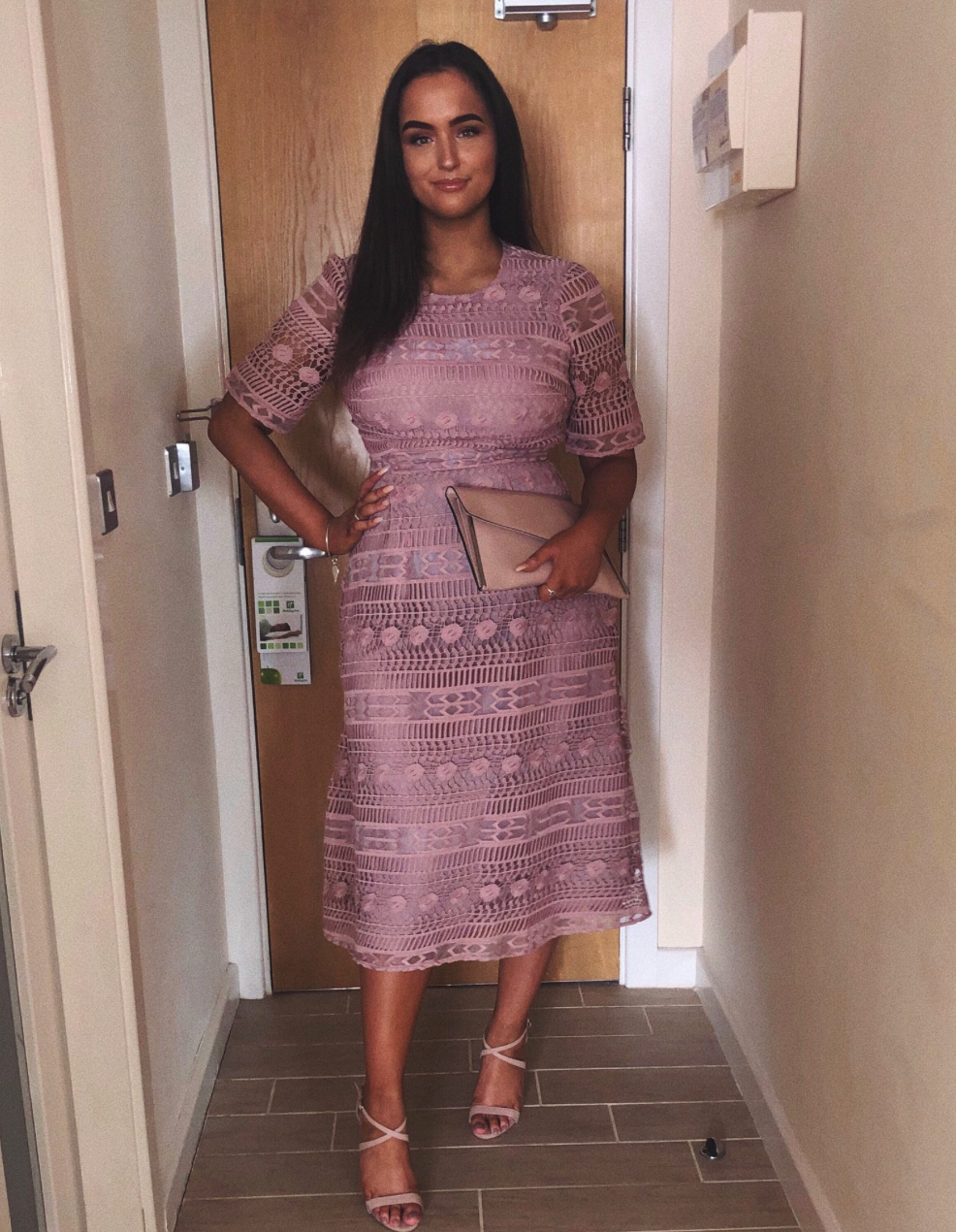 END_OF_DOCUMENT_TOKEN_TO_BE_REPLACED

"It's awful you not reckon? Charity shop job! I tell you what.. GROW UP! And shop somewhere decent!"

He then wrapped it up with a swift sign-off; "Thanks. Hope this helps."

As something of a PSA, Thea shared screen grabs of their chat to Twitter to let us all know what's out there.

The responses look like the contents of a mass group WhatsApp as others clamoured to express their shock and share their own stories of what they'd seen in the trenches of online dating.

As if he matched with you just to say that ?

And he's the one telling her to grow up ?

One guy matched with me just to ask me how many black guys I screw a month and to tell me that men in this country still like small waist lines ??

popular
Mother charged with murder of three children in New Zealand
Dublin nurse scammed out of all her savings warns others
Derry Girls star speaks out after show called "distinctively British"
Maura Higgins reveals NTA ordeal after man tried pulling her into a car
The 'secret' Zara label signs that'll apparently help you get the right size every time
Bruce Springsteen expected to play Cork and Dublin next year
Waterford man jailed for six months for sexual abuse of niece
You may also like
1 week ago
Twitter is going nuts over Olivia Munn and John Mulaney being a thing
1 month ago
Nearly half of women cancel dates due to body insecurities
1 month ago
Real life Ross and Rachel? The craziest celeb dating rumours we've ever heard
1 month ago
MTV's Catfish is seeking Irish cast members
1 month ago
RTÉ seeking singletons for brand new dating show
2 months ago
You can get free 'Super Likes' on Tinder if you support the vaccine now
Next Page