Wouldn't go down well with us.

When it comes to dinner parties, there's one thing you always need to remember to bring something, whether it's a bottle of wine or a bunch of flowers, you never go empty-handed.

One woman has created quite the stir online when she revealed that she was charged for a homecooked meal at a dinner party she attended.

END_OF_DOCUMENT_TOKEN_TO_BE_REPLACED

In a viral tweet, Amber asked her followers if the scenario was "weird" and by the looks of all of the responses, most people definitely thought it was.

Sharing how the host served her guests penne alla vodka, a viral TikTok dish that was a hit because of Gigi Hadid, which Amber had a "couple [of] servings and they Venmo requested [her] $20."

She went ahead and paid the "bill" and hasn't spoken to her friend since.

"This makes me not want to accept offerings in the future," she said.

Got invited to someone’s place for dinner and they charged me for it….this is weird, right?

END_OF_DOCUMENT_TOKEN_TO_BE_REPLACED

But she wasn't the only person this has happened to, many others said they have also experienced the same thing in California, or at least similar experiences.

One person shared that he was once served different food to everyone else at the dinner table, with the host telling him "to earn [his] food in her house" before asking him to leave so everyone could eat dessert. 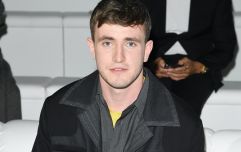 END_OF_DOCUMENT_TOKEN_TO_BE_REPLACED

Another told the story of how she was told to pay $75 after she went to a dinner party that served well, and "it did not go over well."

Another revealed how her friend's sister got married and as a singer, they were planning to perform at the reception only for the bride to be to sell tickets to her wedding, even for immediate family.

A fourth replied to Amber's original tweet, saying: "Invited to an outdoor party at a work colleague’s house. Got there they came around asking for $5 a person. If you didn’t pay you couldn’t use the bathroom."

Well, we don't want an invite to these parties.

popular
Primark reintroduces female-only fitting rooms after two men walk in on woman
Anna Delvey is set to be released from prison
Davide Sanclimenti opens up on having kids with Ekin-Su Cülcüloğlu as he turns down Dancing On Ice
Hilary Swank, 48, reveals she is pregnant, expecting twins
People are being warned not to dress as Jeffrey Dahmer for Halloween
I’m A Celebrity bosses ‘sign first Love Island contestant for 2022 series’
So apparently George and Mollie from Love Island aren't actually step siblings
You may also like
3 months ago
Fans say Ekin-Su has cemented herself a place in Love Island hall of fame after terrace antics
3 months ago
Exam board stands by ‘inappropriate’ Leaving Cert question about body types
4 months ago
Airport passengers left furious as queues stretch all the way to car park
4 months ago
Twitter reacts to Leo Varadkar's super organised fridge
5 months ago
Jameela Jamil quits Twitter after Elon Musk buy out
5 months ago
Tánaiste Leo Varadkar condemns homophobic attack in Dublin City Centre
Next Page