Women with big boobs can wear low-cut tops, don't worry about it, it's grand

Over the weekend, the final of Ireland's Got Talent was on.

It was a lovely event that saw dance group RDC crowned the winners of the TV3 talent show.

While the odd person or two may have taken issue with who emerged victorious, a few other people also took issue with what IGT judge Michelle Visage was wearing.

Once the show was on air, some viewers took to social media to criticise Visage's choice of dress, saying that it was "a bit much" for IGT and that the judge should "put 'em away." 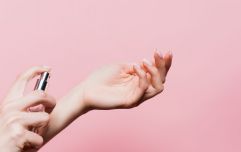 END_OF_DOCUMENT_TOKEN_TO_BE_REPLACED

"'Em" in this instance meant to, of course, mean her boobs.

Naturally, Visage wasn't bothered at all by the criticism.

And why should she be? She took to Twitter to say that she was pretty surprised that boobs could cause "such a stir" and that she was working on "something special for larger breasted ladies" too. 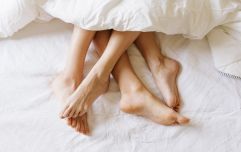 END_OF_DOCUMENT_TOKEN_TO_BE_REPLACED

Visage began her career as part of female girl band Seduction, but she's probably best known for being a judge on RuPaul's Drag Race.

The reality show that sees a host of drag queens battle it out to become America's next drag superstar has had Visage attached to it since its early days.

Over the years on the show, Visage has had her boobs out and she's had her boobs in, and pretty much nobody has had very much to say about it other than she looked class.

And yeah OK, you might argue that RuPaul's Drag Race isn't exactly aimed at families gathering round the TV on a Saturday night, but if a woman's chest is the only thing you're going to take away from a Saturday night talent show, you may want to rethink a few things.

There are lots of reasons as to why a person with large boobs might decide to wear a low cut top.

One of them is because the top itself is class and they want to wear it no matter how big or small their chest is.

Another is because wearing tops that cover your chest entirely can sometimes be uncomfortable, especially if the piece isn't fitted to your body.

And another is because if you've got great boobs, you might want to show them off from time to time.

And why not, like? Fashion is slowly but surely becoming more inclusive of people who don't fit the strict slim-bodied build that has dominated the industry for decades.

Finally, those of us with big boobs, thick thighs, and hips that struggle to fit into any sort of pants that aren't high waisted are being represented.

It really all just comes down to that age-old saying that people should be able to wear whatever they want without judgement.

Those of us with large boobs may find it slightly hard to find clothes that fit our bodies perfectly (button-down shirts, I am looking at you), but that doesn't mean that we shouldn't get to wear low cut, tight tops if we want to.

At the end of the day, they're just boobs - they're not offending anyone.

popular
James Arthur says his relationship with this celeb made him a sex addict
Wagatha Christie: Rebekah Vardy storms out of court just 30 minutes into final day
Fashion house Dolce & Gabbana is 'sponsoring' Kourtney and Travis' Italian wedding
Rebel Wilson claims male co-star sexually harrassed her
Did You Know This Is Blake Lively’s Real Name?
'She was always in awe of celebrity' – Rebekah Vardy's ex-husband speaks out
Rosie O' Donnell's Partner Welcomes a Baby Girl
You may also like
3 months ago
Cheer star Jerry Harris pleads guilty in child sex abuse case
3 months ago
"Her sight is gone": Mother of Alanna Idris Quinn shares update
10 months ago
Sex expert says these are the four words you should always say in bed
1 year ago
Are we finally getting somewhere tackling period poverty in Ireland?
1 year ago
Sex dreams: What do they mean and why do we have them?
2 years ago
The number one sex position in Ireland is actually a surprising one
Next Page