And no, not just by blocking them on Instagram.

Women should eliminate men from their lives and minds, according to a new book from feminist author and lesbian activist, Alice Coffin.

Anyone who has been ghosted, gaslighted, or generally wronged by a man in their life time will have a tendency to agree with the above statement. 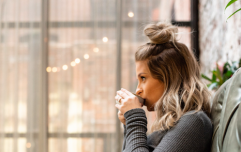 END_OF_DOCUMENT_TOKEN_TO_BE_REPLACED

"Men are trash!" we scream from the proverbial Twitter rooftops, while downloading Tinder the seventh time that day.

And yet, simply avoiding men in a romantic context for the sake of our sanity isn't what French author Coffin is suggesting. Rather, she thinks we should remove men from our lives entirely - their books, their films, their music... Pretty much anything they've created, really.

In her new book, Lesbian Genius, she reveals that she has stopped engaging with any creative content made my men. "We need to eliminate men from our minds,” Coffin says, actively ignorant of the fact that men still do make up just under 50% of the population and therefore, can never really be totally banished.

And nor should they be either. For all of the strife, pain, and anguish that many men have caused over centuries of power and manipulation, there remains the countless other guys who are sound, intelligent, creative, and worthy of existing in general life.

Unsurprisingly, Coffin's book has been met with a fair amount of backlash - and not even from men, but from other French feminists who are adamant that she's missing the point entirely.

According to the Economist, Marlène Schiappa, France's former minister for gender equality, accused the author of advocating for “a form of apartheid."

Similarly, a local radio host asked whether the book was seeking a “form of totalitarianism." 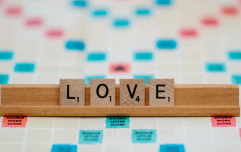 END_OF_DOCUMENT_TOKEN_TO_BE_REPLACED

Despite apparently making some valid points about the power that male sexual predators still have in the entertainment world, it doesn't entirely make sense that refusing to watch films and read books by men will fix this issue.

Nor would such a stance encourage any men to actually educate themselves on what feminism actually is: equality.

Girls With Goals || Her · Ep.156: 'Beauty Returns' - Rebecca O'Keeffe is BACK and we're talking about viral beauty trends
popular
Tried and tested: I tried the viral TikTok mascara hack to see if it really works
Baz Ashmawy announces birth of first grandchild
Hilaria Baldwin thanks "special angels" who brought daughter Lucía into the world
"Let kids explore" Emma Willis defends son Ace's self-expression
Palace source says THIS incident on the tour of Australia upset Meghan's staff
Pippa Middleton pregnant with second child, confirms Carole Middleton
The Queen has banned Meghan Markle from wearing any of Princess Diana's jewellery
You may also like
3 weeks ago
WATCH: Lawyer insists he’s "not a cat" after accidentally using filter on Zoom call
1 month ago
Lockdown libido: How Irish people's sex lives are being affected by the pandemic
1 month ago
Wicklow woman walks one million steps for intellectual disabilities charity
1 month ago
Why are so many influencers still going on holidays?
2 months ago
WATCH: The moment DART driver is proposed to at Pearse station platform
3 months ago
Tayto Park announce retro drive-in Christmas movie weekend
Next Page