The term legend gets overused these days, but when it comes to Irish Women’s Hockey captain Megan Frazer, the shoe certainly fits.

The Irish captain played an integral role in Ireland bagging a 5-0 win over Ukraine today (Saturday) in the World League 2 tournament that is currently taking place at UCD.

Capped 78 times to date for Ireland, the 24-year-old talented athlete from Derry splits her time between a hectic hockey career and life as a Masters student in Biomedical Engineering at Ulster University.

END_OF_DOCUMENT_TOKEN_TO_BE_REPLACED

Megan, who spent time playing in America where she was a two-time NCAA champion along with being named as the best college hockey player in America in 2011 by the Honda Sports Awards, is truly an inspiration.

Not only that, but she was also named on the All-American team three years in a row and made her debut for Ireland in 2008 against France in the Celtic Cup.

“I’ve been playing hockey since I was 11, when I started secondary school,” Megan, who plays her club hockey with Ulster Elks, explained. “I spent the first two years playing goalie,” she added with a laugh.

“I don’t play any other sports anymore because I have no time outside of hockey and study but I used to play tag rugby, cricket and football as well." 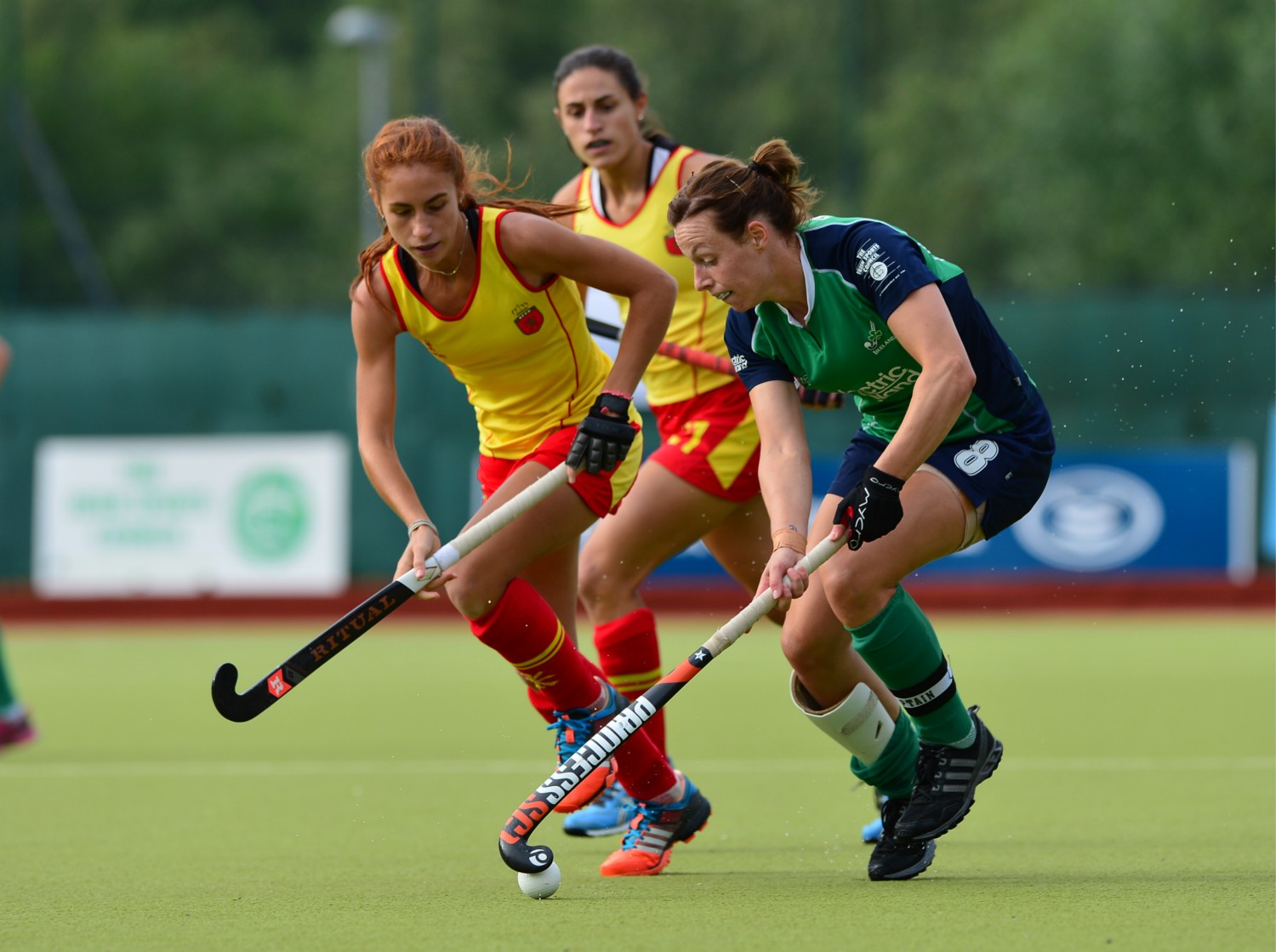 “It all began as my secondary school only had hockey as a female sport. So I was actually forced into it! I almost went to a different school because my school didn’t play football or netball, but I have to say I'm glad I didn’t!

“It’s very busy at the moment so it requires a lot of time management to say the least. We tend to train almost every day, be that gym, fitness or hockey. So doing a Masters on top of that means I keep pretty busy.

END_OF_DOCUMENT_TOKEN_TO_BE_REPLACED

“Luckily, my university, Ulster University, is very understanding and supportive, and allows me extensions and exam resits for when I have international commitments," she continued.

“Looking ahead to this year, I’m very excited for the rest of this tournament. We’re hoping for some good performances as we've had a good prep over the past year. Getting to play in front of a home crowd is an added bonus."

When asked how she manages to juggle everything and if the sacrifice is worth it, Megan is quick to state that it's all for the love of the game.

“I have missed out on countless events because of hockey! Everything from my senior year holiday, to so many nights out, weddings, birthdays, everything. Although it was more difficult when I was younger, it is completely worth the sacrifice to play for your country.

“It’s not really even a sacrifice because you get to do what you love at an international level which is an amazing honour. There is only a limited lifespan on what your body can do in sport, whereas I’ll have plenty of time after hockey to do all the other things,” she continued. 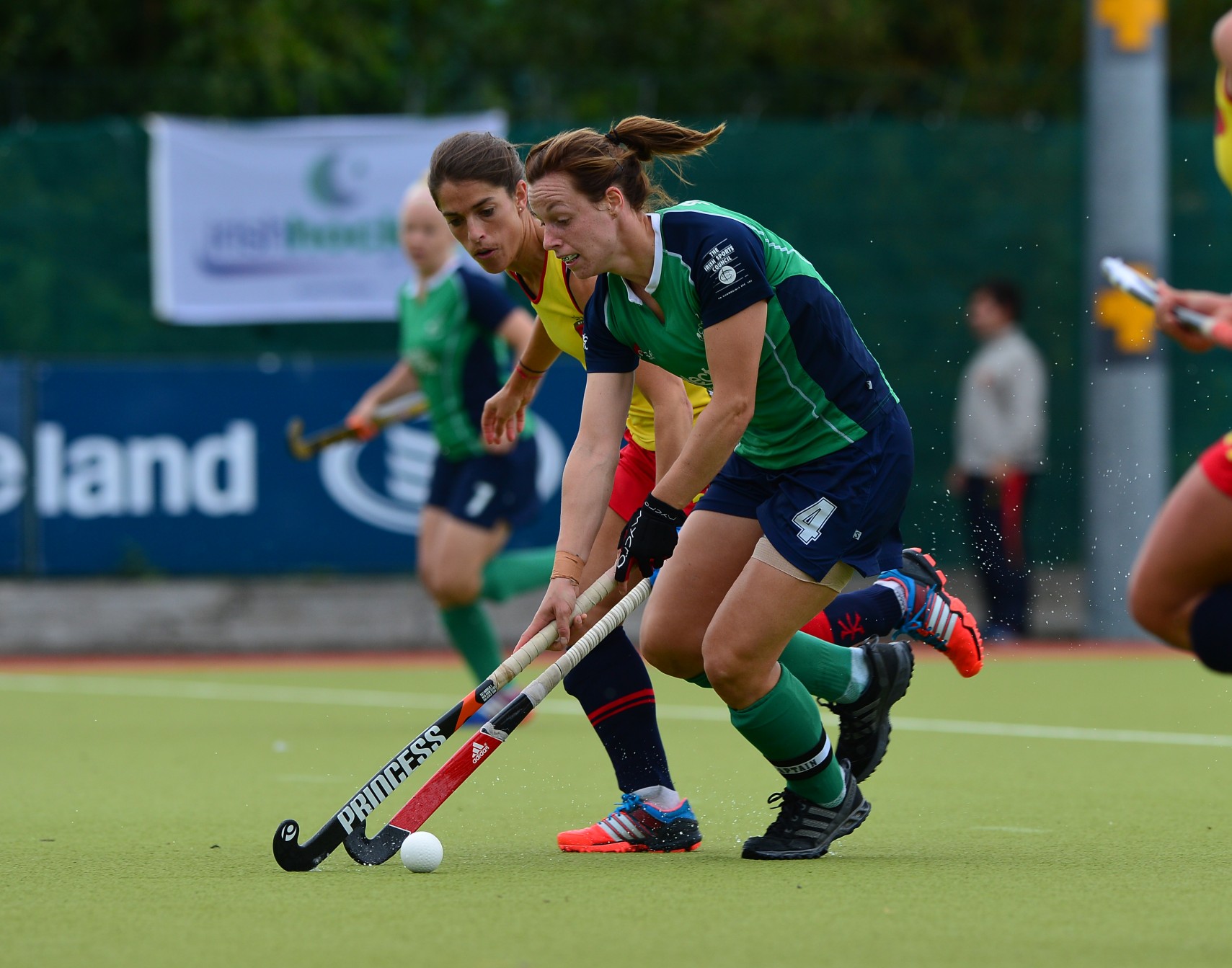 END_OF_DOCUMENT_TOKEN_TO_BE_REPLACED

“The highlight so far? It had to be winning silver in the Champions Challenge tournament last year, being ranked seventh going into the tournament and I also won player of the tournament!” she smiled.

"In terms of our hardest test to date, playing New Zealand last summer was a very competitive match and the speed of the game was mental! But otherwise, Holland would probably be our toughest competitors."

An inspiration to many, Megan adds that it’s important for younger players to remember to help each other.

“It’s what you do when nobody's watching that makes the difference,” she states.

“Always help your teammates when they make mistakes, and remember that nobody does it on purpose. Ask as many questions and get as much extra help as possible – it will all stand to you,” she concludes.

Ireland takes on Canada in the next round of the World League 2 tournament on Sunday, March 15th, at 3.15pm in UCD.