What's not to love, right? 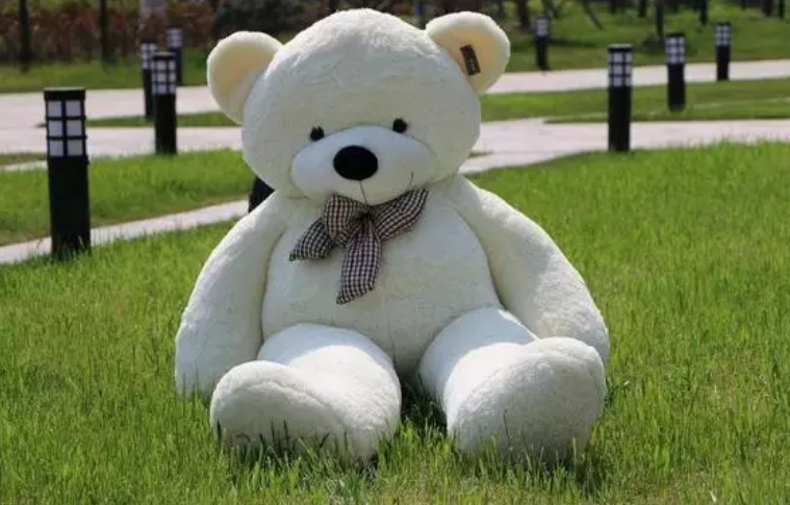 END_OF_DOCUMENT_TOKEN_TO_BE_REPLACED

Well, as it turns out, there is one thing that's been making people question the adorableness of the giant bear... and that's his equally giant legs.

These legs aren't just giant though.

They are absolutely not in proportion to the rest of the bear's body and, therefore, terrifying.

At least, that's according to some of the reviews left beneath the product on Amazon. 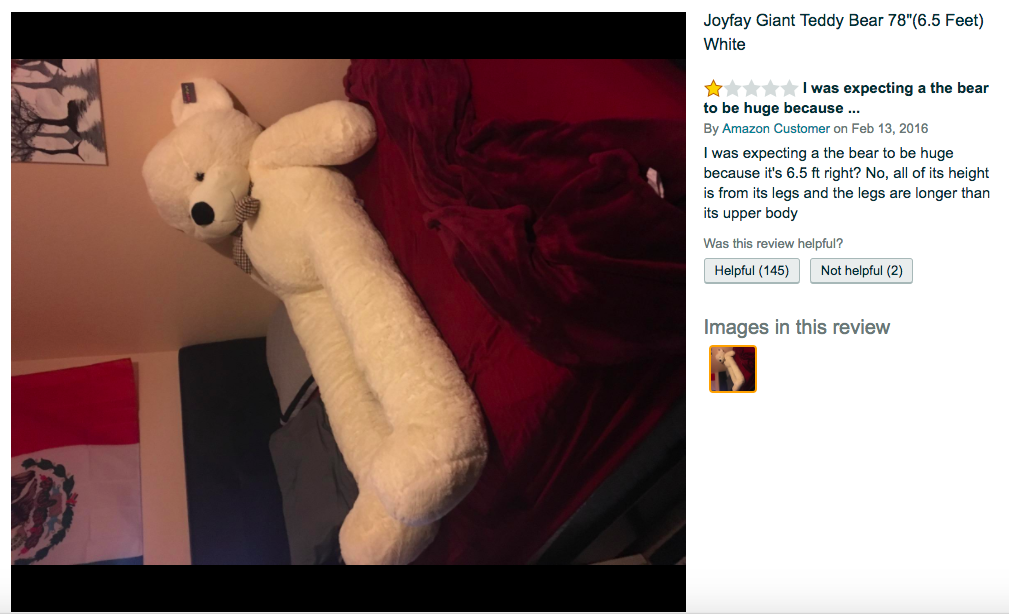 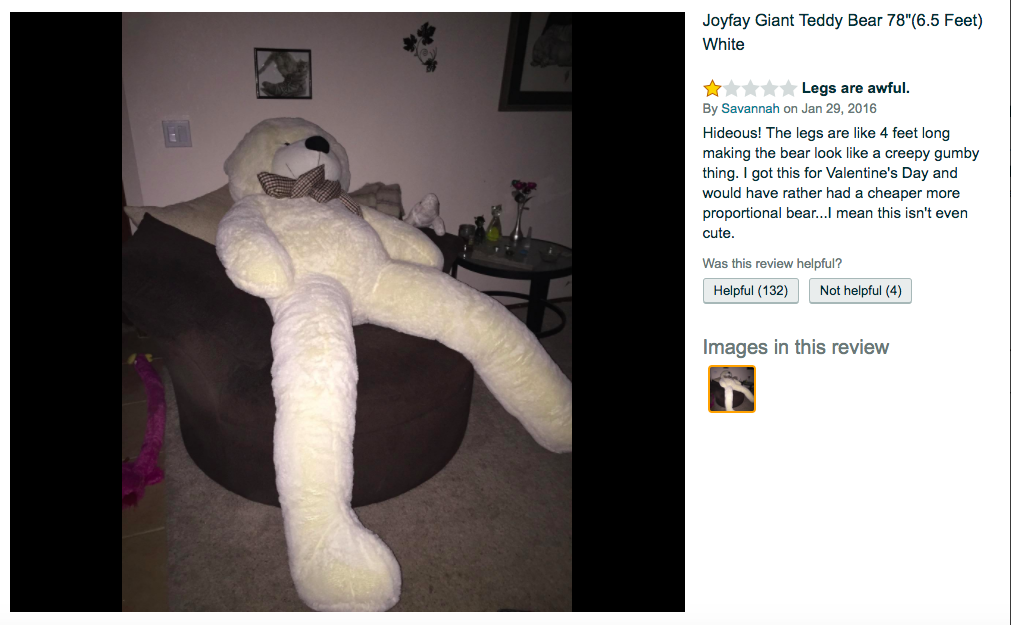 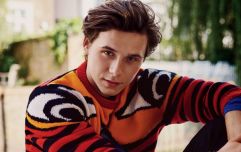 The reviews on Brooklyn Beckham's book are absolutely gas

END_OF_DOCUMENT_TOKEN_TO_BE_REPLACED

This does not appear to be as advertised.

"Legs are awful," wrote one person in their review.

"I was expecting the bear to be huge because it's 6.5 ft right? No, all of its height is from its legs and the legs are longer than its upper body," complained another.

That being said though, the very long bear also has some amount of excellent reviews beneath it too.

So there you go. As long as your wife doesn't mind excessively long legs, this bear is an absolute winner.

Just a shame it doesn't ship to Ireland.

popular
Love Island fans think someone has left after Luca arrives back to empty bed
TikTok sued after girls die during 'blackout challenge'
Friends creator says they regret not using correct pronouns on the show
Airport outfits are all the rage as we head abroad - here are the 4 best ones
Penneys has a perfect dupe for Charlotte Tilbury's Flawless Filter foundation
Ofcom has received nearly 800 complaints about Love Island so far
So it seems Ekin-Su once competed as Miss Ireland before Love Island fame
You may also like
1 month ago
Amazon issue emergency recall of baby product over suffocation fears
3 months ago
Amazon driver alerts woman to 'unsafe' house number problem in viral TikTok
6 months ago
Mum issues warning after Amazon Alexa gives 10-year-old dangerous plug challenge
6 months ago
Amazon workers trapped in warehouse after roof collapses in 'mass casualty' incident
7 months ago
Woman 'rolls down mountain', leaves hilarious review about her 5-star leggings
8 months ago
You can buy a heated jumper on Amazon this winter
Next Page