The world must know.

What follows here is, as advertised, an investigation into how Smelly Cat came to be so infamously smelly.

The hit song 'Smelly Cat' originates from Friends season two, during the episode entitled 'The One With The Baby On The Bus'. Phoebe Buffay teaches musician Stephanie Schiffer how to play the song, then in a later episode professionally records the track for potential commercial release. It is, in its very essence, a song about a bad smelling cat.

Although the information known about Smelly Cat is scant, I believe that there is just enough data provided for us to accurately ascertain precisely how the cat got to be so smelly.

Now then, let's do some journalism.

What is Smelly Cat's exact smell?

This vital question is a difficult one to answer, especially since we're not provided with a huge amount of information within the song.

The opening line, perhaps the song's most iconic part, gives away some key information.

"Smelly Cat, Smelly Cat
What are they feeding you?" 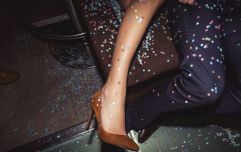 END_OF_DOCUMENT_TOKEN_TO_BE_REPLACED

Evidently, blame is pointing towards a dietary decision as being the main contributing factor to the cat's stench.

This may be a key clue, as it suggests that the source of the cat's smell could be coming from its mouth or butt. When a human or animal smells and you query it's diet, that's going to mean the origins are from the mouth or butt, given that they're the only two orifices that could emit a food-related odour.

As is common knowledge, dental disease is prevalent among cats. Plaque and tartar build up on their teeth, gums become inflamed, food gets lodged in abnormal gum pockets and then rots, even oral tumours can develop. It's a goddamn mess in a cat's mouth, basically.

But what about Smelly Cat's butt? Healthy cats are big into self-grooming, so their rear ends generally smell quite pleasant. Conditions like arthritis, obesity or illness can prevent them from cleaning their own butts. The song unfortunately doesn't contain any medical history information pertaining to Smelly Cat, but that doesn't mean there isn't one there.

So what's the most plausible explanation for the Smelly Cat's smell and more importantly, what does the cat smell like? Since it's hard to pinpoint the exact odour that dental disease emits, I'm inclined to go with that. If Smelly Cat smelled fishy, I believe that Phoebe Buffay would've had the wherewithal to reference it within the song, or at least call the song 'Fishy Cat'. It's a strong hunch and one I'm leaning towards at this early stage in the investigation.

Whose fault is it that Smelly Cat has become smelly? 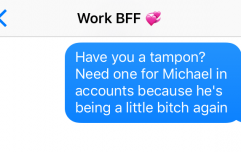 7 texts everyone's guilty of sending their colleagues during work

END_OF_DOCUMENT_TOKEN_TO_BE_REPLACED

We're repeatedly told that it's not Smelly Cat's fault. This can be taken one of two ways.

A) It's not directly Smelly Cat's fault that it is smelly.

B) Someone else is responsible for Smelly Cat being so smelly.

I'm inclined to follow the second line of inquiry, purely because we're made aware of the presence of "they" during the song.

So who is the infamous "they"?

Most likely, they are the owners of the cat. As with any animal, it is the responsibility of the owners to take care of them. A cat cannot obtain a driving licence, ergo it would be impossible for the cat to get to a veterinarian's office. Perhaps the vet's is located within walking distance of the cat's place of residence, but how would the cat open the door? Would it grow a human arm to reach it? Or text a friend for assistance?

Plainly, the owners of the cat are to blame. They have not only allowed this Smelly Cat to become smelly as a result of its previously established dental disease, but furthermore, they are neglecting to rectify the situation with the aid of a medical professional. They're punishing the feline for an affliction that is entirely out of its control.

We're told the following during the song:

"You're obviously not their favourite pet"

It's a huge claim for Phoebe to make, but one that we must respect, after all, this is her art form and expression of self. She would never include a wild accusation unless she was absolutely certain. That's just not the Phoebe we've come to know.

Without any reference to other pets belonging to Smelly Cat's owner, we're shooting blind here. Speculation is a powerful tool and one that journalism's very foundation was built upon. It's often encouraged to jump to conclusions with little or no evidence based around them, so that is what we must do in this situation.

Smelly Cat lives in the United States. It is smelly. Its owners have neglected it. What other animal are they favouring over Smelly Cat?

In 2017, a survey revealed that 68% of all households in the US owned pets. Furthermore, the most popular pet was a freshwater fish, with an estimated 139.3 million of them living in houses across the United States. Cats were in second place.

The statistics don't lie. Logically, Smelly Cat's owners also have a freshwater fish, perhaps a goldfish, guppie or neon tetra. They favour the fish because it requires less maintenance and attention than Smelly Cat. Smelly Cat has become and remained smelly because of parental neglect as a result of blatant favouritism.

Why are Smelly Cat's friendship credentials called into question?

Reluctant to fault the lyrical prowess of this special song, I have to ridicule one area that's sat at odds with me personally over the years.

While I understand it's a valid assumption that a Smelly Cat may struggle to create and maintain friendships, it's also a lazy one. The qualities that connect two people and form the basis for a friendship are beyond what each person smells like. Two souls fusing together despite the odds and finding common ground is a beautiful thing. Odours cannot perforate that bond. Not entirely.

Smelly Cat, although smelly, has the potential to be a terrific friend to those with or without noses. What it boils down to is whether Smelly Cat is an amicable being or not. Having been faced with such adversity throughout life, it could transgress either way for the cat. He/she may have compassion for others having been shown very little of it and therefore cripplingly aware of its importance, or he/she could be an arsehole who wants the world to pay for the injustices he/she has faced.

But Phoebe Buffay isn't in a position to know that. She seems overly familiar with Smelly Cat, but they are clearly not friends since she has so many unanswered questions. She wants to befriend the cat, but has failed to do so, likely through no fault of the cat's. It is merely disinterested in her friendship. He/she has other things to worry about, such as getting rid of the rancid smell it emits.

This is an immature move from Phoebe. Just because a cat, smelly or not, doesn't want to be your friend, that doesn't mean he/she is a bad companion. She should've carried her burden with dignity and written the song from an impartial perspective. Objectivity is crucial in art. There is no place for bias. In this regard, Phoebe has served Smelly Cat a grave injustice. I believe that Smelly Cat can and probably is a friend "to those with noses", despite its smell.

How can the situation be rectified?

As the final verse in the song states:

These chilling lyrics are likely to be a nod to John Lennon's 'Imagine', which ends with the line "And the world will live as one".

Or, perhaps it is a threat. Phoebe Buffay wants the entirety of humanity to smell as bad as Smelly Cat, so that he/she will no longer be the only bad smelling inhabitant of earth. That way, her huge gesture will secure Smelly Cat's eternal friendship that she so desperately craves. It's a beautiful concept and one that brings with it a great deal of compassion and love.

If we levelled out the smelly playing field, nobody would be teased for their smell anymore. We would all smell equally bad. Our senses of smell would become desensitised to our odours. We would exist in a smelly-neutral world. But how can this be done?

Everyone needs to douse themselves in the nondescript stench of feline dental decay each morning. Elon Musk will mass produce it and sell it for a decent profit. We will bathe ourselves in the stomach-churning scent so that Smelly Cat may finally feel at ease and Phoebe Buffay may obtain her goal of befriending the feline.

Or, alternatively, we can do nothing and just accept this song for what it is - a stunning work of fiction to highlight the world's injustice and inequality which extends far beyond the human race.

popular
QUIZ: Can you guess the TV series from the intro lyrics?
Katie Price's son Harvey taken to intensive care at risk of organ failure
Will Smith admits to 'failing miserably' in 21-year marriage to Jada Pinkett Smith
Body found in search for missing Glee star, Naya Rivera
Someone has ranked the penis size of men from all over the world
Gua Sha: Is it anything more than dragging a stone across your face?
Better mark the calendars, RTÉ One's Bump is the comedy you won't want to miss
You may also like
1 month ago
Days all blurring into one? Here’s how to get the Friday night feels at home
1 month ago
QUIZ: Can you beat Ross's quiz in Friends?
1 month ago
"Custard, jam, and beef sautéed with peas and onions." We did a taste test on Rachel's Thanksgiving trifle from Friends
1 month ago
A Friends cookbook is officially on the way and could we BE any more excited?
2 months ago
10 movies with great friendships that are just made for Netflix Party
2 months ago
Six lucky Friends fans are about to join the cast for their reunion special
Next Page