This is a breaking news story.

Today, the Irish Government has officially recognised flat 7UP as an effective means of medication in Ireland. The announcement comes after a group of lobbyists spent upwards of 7 weeks outside Leinster House campaigning for official recognition of this soft drink.

The minister of carbonated beverages, Alan Fakesurname, spoke to Her.ie shortly after he delivered the verdict this morning.

Myself and the department of CBs sat down together earlier today and really had a good think about everything. It's a new year, a new chance for everyone and it's high time we started recognising and celebrating everything that this small but beautiful island has to offer.

I then asked Minister Fakesurname if any research had gone into the medicinal properties of flat 7up, which may have influenced this decision.

Jesus no. Look, the only evidence we need is among our friends and family. Not a sinner in this country is without a 7up success story. Personally, I've been saved from incurable diseases by 7up numerous times. Sniffles, chesty cough, appendicitis, it's all easily fixed with a sup of lemon and lime goodness.

It's certainly welcome news across Ireland this evening, given that an unnamed man in his 20s was saved from the deathly grips of an incurable hangover on 1st January this year by a mere mouthful of flat 7up. He's currently in Naas General Hospital and is expected to make a full recovery. 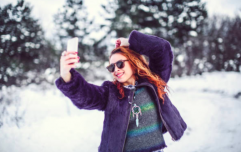 END_OF_DOCUMENT_TOKEN_TO_BE_REPLACED

This announcement hasn't come without outrage, however. Protests have commenced in the midlands where members of the public have been calling for the Minister of Carbonated Beverages to step down after this "embarrassing" and "damaging" decision, highlighting that the issue is of no concern to him because, as the name suggests, flat 7up, in that particular form, is no longer a carbonated beverage. The minister is yet to respond to these accusations.

As always, we'll bring you more on this important story as it develops.

popular
Woman spots dead husband in promo video for Indian restaurant
Redhead girl stabbed with scissors at school 'because of colour of her hair'
Anne Hathaway shares disappointing news about The Princess Diaries 3
Molly-Mae Hague fans think they officially know her baby's name – and it means cloud
"I feel like I lost myself": Nathalie Lennon on her mental health struggles and her latest project with Pieta
Baby found unattended in pram in Dublin, Gardaí reveal
Gwen Stefani reportedly pregnant with baby number four
You may also like
5 days ago
Irish names among the top 10 hardest words for British people to pronounce
6 days ago
Patient in his 80s killed in Cork hospital ward following attack
1 week ago
Nadine Lott's killer scarred for life following prison attack
1 week ago
Gardaí are reviewing "helpful, new" information in Sophie Toscan du Plantier case
3 weeks ago
Ireland set to ban "cruel process" of conversion therapy
4 weeks ago
Leo Varadkar to tackle the housing crisis with "Covid-style" plan
Next Page