Queer Eye's Karamo Brown called out Peppa Pig and her sassy attitude in an Instagram post yesterday and people are loving it.

He calls on people to cut the Peppa Pig like people out of their life. The post is accompanied by a clip from the cartoon that went viral earlier this year.

END_OF_DOCUMENT_TOKEN_TO_BE_REPLACED

It shows Peppa ringing up her friend, Suzy Sheep, and telling her that she is trying to learn to whistle. Peppa is happy when Suzy says she can't whistle.  Suzy then decides to give it a try and succeeds. Peppa Pig instantly hangs up on her. So rude.

Karamo Brown decided to turn this clip into a life lesson for anyone who has people in their life that don't support them.

"Real talk friends, watch out for the #PeppaPigs in your life! There are people who don't want to see you win & are jealous when you do!" 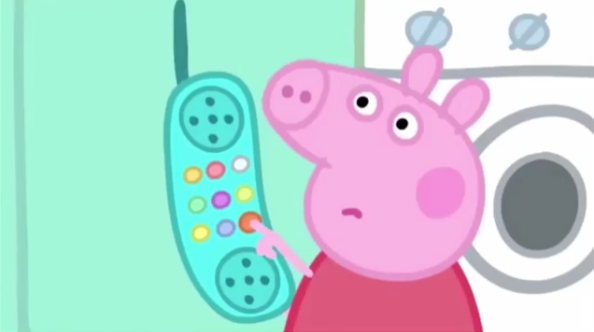 People on Instagram are having mixed reactions to the clip.

Most find it hilarious. Because it is.

But some people really decided to get really deep about it. One commenter wrote:

"Just a thought... kids deal with every emotion we do as adults. I think its [sic] important that kids learn these emotions are normal, its how we [deal] with them that matters. My 3y/o loves Peppa Pig, and I believe by the end of this episode Peppa had learned that jealousy is something to be managed. Its so true that jealousy can show us who really cares about us in our lives, but I think its also a window into another's world. Why are THEY jealous? Is there something we can do to help them if their heart is breaking? Some people really are just spiteful, but sometimes its a sign of someone's aching heart."

We can't get enough of this salty Peppa. She's too funny. But best to take Karamo's advice and keep this kind of attitude to the cartoons. No real life haters, please.

popular
Irish girls name was the most used Irish name in the United States last year
Ofcom receives 75 complaints over Jacques' treatment of Ekin-Su
Love Island: Danica sets her sights on Andrew as Luca asks Jacques about his relationship with Gemma
Prince William shouts at photographer who was "stalking" his family
Michael Owen hilariously responds to Love Island's heart rate challenge
Another of Gemma Owen's family could be headed for a reality show
Victoria Beckham recalls moment she was weighed on live TV
You may also like
1 month ago
WATCH: People are losing it over clip of Kendall Jenner trying to climb stairs at Kourtney's wedding
2 months ago
Hilarious moment Irish Rail passenger spots "collapsed man" on platform
8 months ago
You's Penn Badgley and Cardi B are fangirling over each other on Twitter
9 months ago
Bride receives bouquet of chicken nuggets from best friend on wedding day
9 months ago
These newlyweds wore tracksuits to their reception
10 months ago
Tom Daley went viral for knitting at the Olympics - and it's all for charity
Next Page