This woman is a genius and we would like to meet her.

This story was spotted on Reddit earlier and it delighted me so much I had to share.

This is a tale of a cheating boyfriend, and the measures one woman took to exact revenge on the poor idiot.

The poster, Khaleesiscorned, explained that he was in a relationship with the woman for almost a fear. They ended it due to distance, and 'just not being right for each other'. So far, so harmless. There's more, though.

"I had a lot of jealousy issues, due to Dany having a lot of male friends and she'd slept with a lot of guys. I let this get the better of me and I cheated on her with my ex and other girls. She found out shortly after we broke up, and understandably hates me. We had a massive argument after the break up, where I said some nasty things that I regret, and now she doesn't talk to me or want anything to do with me." 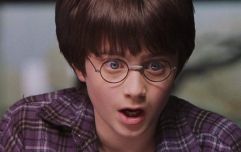 END_OF_DOCUMENT_TOKEN_TO_BE_REPLACED

Ok, things have changed considerably and this guy seems like a dick. Anyway, when they were in a relationship his ex had introduced him to Game of Thrones, and he soon became addicted. He had to travel for work, so was unable to catch up with the show live.

Meanwhile, his ex has him blocked on every form of social media in existence because she rightfully hates his guts.

She did decide to eventually unblock him after the sixth season of the show premiered.

To spoil it for him.

"Since then she spoils the show for me every week. I tried to ask her to stop but she blocks me immediately after she sends the message. I blocked her on whatsapp, but she did it via Facebook. Then the next week it was text. She even borrowed one of our mutual friends phones to do it, and I fell for that. (Our mutual friends are all closer to her and apparently hate me now because of what she's told them about me). I can't watch it before she ruins it because I have to wait til my girlfriend (my ex ex) is home from work to watch with her."

He deserves everything he gets. Brava.

popular
Anne Heche has been removed from life support
Paige Thorne breaks her silence on Jacques O'Neill drama
11 year old girl rescued off island in west Cork
Top tips for keeping your fake tan on for longer as the weather heats up
Love Island producers respond to claims Jacques was kicked off the show for "bullying"
Met Éireann extends high temperature warning for Ireland this weekend
Ekin-Su Cülcüloğlu signs the biggest fashion deal in Love Island history
You may also like
6 months ago
Peter Dinklage criticises "backwards" Snow White and the Seven Dwarfs remake
1 year ago
Emilia Clarke is set to be the next Marvel superhero
1 year ago
Here's everything we know about the three upcoming Game of Thrones spin-offs
1 year ago
Kit Harrington and Rose Leslie welcome first child together
1 year ago
Sophie Turner: "If I can wear a mask to give birth, then you can wear a mask at Walmart"
2 years ago
#Covid-19: Game of Thrones' star Kristofer Hivju says that he has fully recovered from the Coronavirus
Next Page