Were you at any of them?

As soon as Bruce Springsteen opened his set with an amazing rendition of Darkness on the Edge of Town, the crowd knew that they were in for something special and The Boss didn't disappoint.

That's why Ticketmaster Ireland customers have voted Springsteen’s recent shows at Croke Park as their “Ticket of the Year” for 2016. Ok, we haven't been to every gig this year, but we fully agree with this choice, 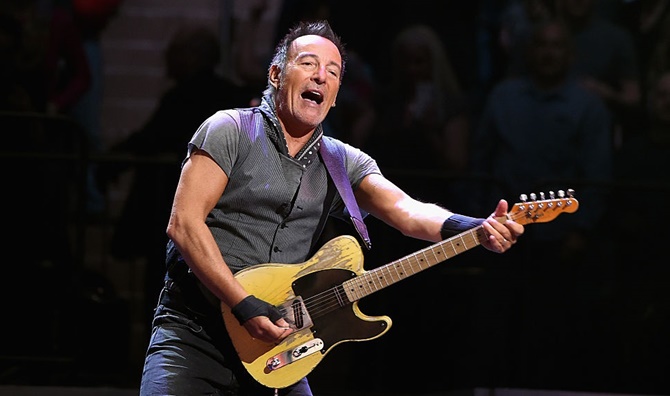 END_OF_DOCUMENT_TOKEN_TO_BE_REPLACED

Electric Picnic came in second place while Adele, Beyonce and Justin Bieber completed the Top 5. The only home-grown act to make list are Kodaline.

Looking ahead to next year, and it's Coldplay's date at Croke Park on July 8th that's the most eagerly anticipated gig of 2017.

END_OF_DOCUMENT_TOKEN_TO_BE_REPLACED

Chris Martin's band also topped theinternational polls among Ticketmaster’s 85 million fans across 28 countries because they're also the “Ticket of the Year” for 2016.

Here are the results in full:

IRELAND TICKET OF THE YEAR 2016

Any excuse is welcome.

popular
Woman spots dead husband in promo video for Indian restaurant
Redhead girl stabbed with scissors at school 'because of colour of her hair'
"I feel like I lost myself": Nathalie Lennon on her mental health struggles and her latest project with Pieta
Molly-Mae Hague fans think they officially know her baby's name – and it means cloud
Tasha Ghouri hits back at another islander who called her relationship fake
Anne Hathaway shares disappointing news about The Princess Diaries 3
Gwen Stefani reportedly pregnant with baby number four
You may also like
2 days ago
Justin Bieber has sold his entire back catalogue for a massive lump sum
2 weeks ago
Shakira absolutely torches Gerard Pique in lyrics of new song
1 month ago
The 1975's Matty Healy criticised for bizarre 'age check' before kissing fan
1 month ago
Olly Murs slammed over 'misogynistic' lyrics in 'shocking' new single
2 months ago
Cher confirms she's in a relationship with 36-year-old music producer
3 months ago
Rihanna admitted that her new song is in honour of Chadwick Boseman
Next Page