Taylor Swift has released her first short film to accompany the re-release of All Too Well, and the hidden clues are endless.

This week Taylor Swift re-released her Red album and it's already topping the charts.

Taylor is re-releasing her music recorded before 2019 as she does not have the rights to much of this work due to her previous record deal.

END_OF_DOCUMENT_TOKEN_TO_BE_REPLACED

The new album includes all of the original songs re-recorded such as Red, 22 and I Knew You Were Trouble, and also new tracks such as Nothing featuring Phoebe Bridgers, and the much anticipated 10-minute version of All Too Well.

The short film stars Sadie Sink, Dylan O'Brien, and Taylor herself. It already has a whopping 28 million views.

Taylor has always filled her lyrics with references to her actual life. In Red she sings: "Missing him was dark grey all alone / Forgetting him is like trying to know somebody you've never met / But loving him was red."

END_OF_DOCUMENT_TOKEN_TO_BE_REPLACED

Five years later in 2019, she released Daylight with the lyrics; "I once believed love would be (Burning red) / But it's golden."

All Too Well has been widely rumoured to be about Jake Gyllenhaal after the actor and Taylor dated for three months in 2010, when she was 20 years old and Jake was nine years her senior.

Forever keeping her fans happy, the All Too Well video is also filled with Easter eggs for people to deliberate over and find new meanings - here are five we spotted, some of which you may have not.

END_OF_DOCUMENT_TOKEN_TO_BE_REPLACED

The first thing fans noticed about this video is the infamous red scarf. In the song, Taylor leaves her scarf at her ex's house - this is reflected in the film when the ex turns up 13 years later wearing the same scarf.

In the song, she sings: "But you keep my old scarf from that very first week / 'Cause it reminds you of innocence / And it smells like me / You can't get rid of it."

This rumour hasn't only existed in her songs either, because for years, Taylor's fans have been asking Jake where the scarf is, and if he still has it.  Jake's sister Maggie was once even asked about the infamous scarf in an interview. 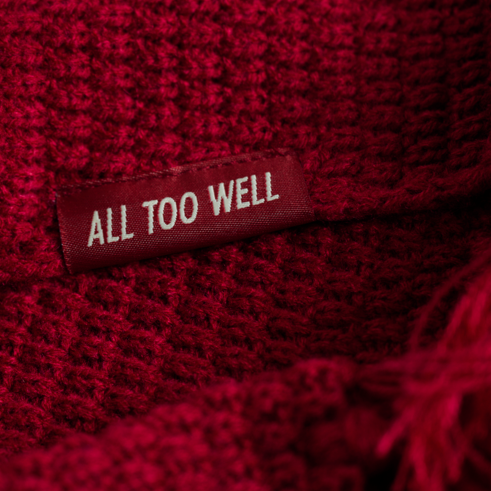 Jake and Taylor's relationship has been subject to scrutiny over their age gap at the time.

Swifties were quick to also notice the age difference between the actors in the film, which is the exact same nine years as Taylor and Jake.

There was also a shot of the two characters in the film that was insanely similar to a picture of Jake and Taylor in 2010.

Most fans did not miss this one, but you might have, so here it is again.

The film is  about an author who releases her book titled All Too Well 13 years after her heartbreak.

Perhaps this is a nod to Taylor taking control over the story by re-releasing the song and telling her own story in a new way. 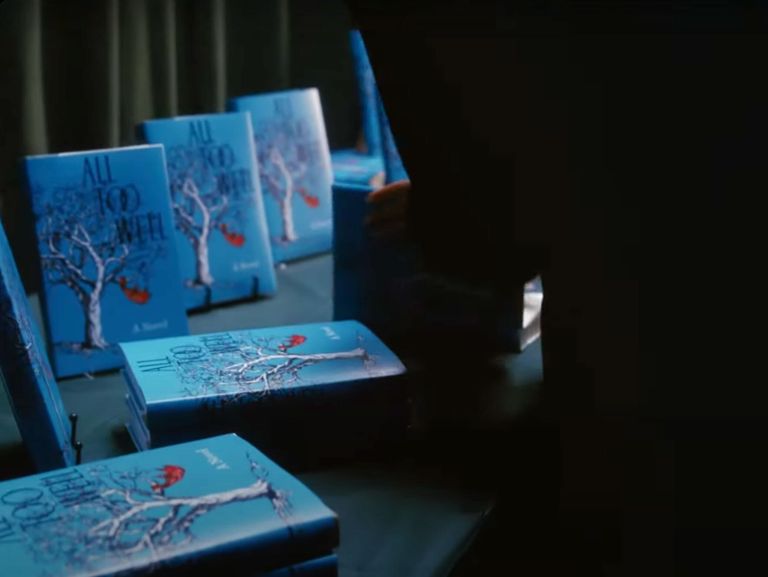 Much of the Easter eggs people have found have been quite heartbreaking, but there are some silver linings also hidden in the film.

In her Lover music video, which was released in 2019, Taylor is seen with her lover at her birthday party.

This has come full circle now as in this film, Sadie Sink does not need her boyfriend to show up at the party.

wow how did I never know that she was trying to tell us in the lover video that now she has someone who shows up at her party♥️ #AllTooWellTheShortFilm #TaylorSwift pic.twitter.com/EV8Pa4fvBA

popular
Fleetwood Mac's Christine McVie has died aged 79
Hollyoaks star Jorgie Porter has welcomed a baby boy
Zendaya and Tom Holland are being flooded with rumours they're engaged
Fundraiser set up for boy attacked by pit bull in Wexford
Ant and Dec open up on their real feelings about the 2022 I'm A Celeb cast
Warning to Irish public over major rise in burglaries
It looks like Harry Styles and Kendall Jenner could be getting close again
You may also like
1 day ago
Olly Murs slammed over 'misogynistic' lyrics in 'shocking' new single
3 weeks ago
Cher confirms she's in a relationship with 36-year-old music producer
1 month ago
Rihanna admitted that her new song is in honour of Chadwick Boseman
2 months ago
Michael Bublé considering "quitting" music to focus on family
3 months ago
You can now do a module all about Taylor Swift's music at a Texas university
3 months ago
Too Hot To Handle's Nicole O'Brien: "I only went on it because I wanted to do music"
Next Page