We mean, eh, Hello My Love - which is the name of Westlife's first new single in eight years.

That's right lads, we've been eight years without a beautiful soft banger, a stunning Mark Feehily solo, and a key change that's perfect enough it'd make you stand right up out of your seat.

The new song, written by Ed Sheeran and produced by Steve Mac, dropped today and it's safe to say that each and every one of us was delighted with what we were given.

If you've yet to hear it, you can give it a listen here:

The lads are set to perform their new song for the first time on this week's Graham Norton Show, but before that, we wanted to take a little time to reflect on today, how special it was, and the myriad of intense emotions we felt upon being gifted new Westlife music for the first time in eight years.

So, without further ado, here are the 8 emotional stages of hearing new Westlife music for the first time.

"Fuck off, is this new Westlife music?!" you cry as you throw your EarPods into your ear canals and launch Spotify, pretending like you haven't been waiting for this moment for about two months.

It's here, and your body - although shook - is ready.

You can't believe this is new Westlife music you are currently listening to. You don't trust your ears. It doesn't seem real.

What if it's shit? 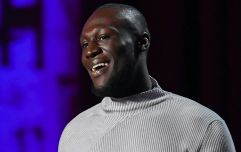 END_OF_DOCUMENT_TOKEN_TO_BE_REPLACED

No but honestly - what if it's shit?

Like, OK, nothing Westlife have ever done has ever been shit, but also it's been eight years. A lot can change in that time. A lot has changed in that time.

Ed Sheeran is involved this time for Christ's sake, what are we supposed to expect?!

It's not shit. Thank god. 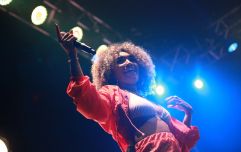 Why Not Her? How come Irish radio is leaving Irish female talent behind?

END_OF_DOCUMENT_TOKEN_TO_BE_REPLACED

Like, it's exactly as the lads said it would be - Westlife 2.0: the same deal but also different.

Because it is Westlife.

Sorry, why is there not enough Kian Egan singing on this track or..?

IT'S THE FIRST WESTLIFE SINGLE WE'VE HAD IN EIGHT FUCKING YEARS LADS, WHAT A DAY FOR IT.

It's over. The song has ended. The first new Westlife song you've listened to since 2011, or whenever.

You have felt a lot over the past three minutes, but it's done now.

You have new Westlife music.

You are at peace.

popular
Paul Mescal didn't win an Emmy and that's okay
5 Netflix releases to keep an eye out for in October
"Winter like" weather on the way for Ireland this week
There's a Friends makeup collection coming, featuring Phoebe, Monica, and Rachel palettes
QUIZ: How well do you remember the first episode of Gilmore Girls?
Selling Sunset's Chrishell Stause reveals "the brokerage has split"
The sentimental engagement ring trend you're going to see a lot of for the rest of this year
You may also like
4 days ago
Are you looking for an insanely talented female or non-binary musician? This directory is for you
1 week ago
Wild Youth just released a new track and we can't stop singing it
1 month ago
QUIZ: How well do you remember these song lyrics from 2009?
1 month ago
WATCH: Sneak peak of Paul Mescal in latest Rolling Stones' music video
2 months ago
WATCH: Beyoncé releases trailer for upcoming visual album, BLACK IS KING
2 months ago
McFly has signed a new record deal. After 10 years, our patience has finally been rewarded
Next Page