Ariana Grande is headlining August's Manchester Pride, her first performance in the city since the 2017 Manchester bombings.

22 people died after her concert at the Manchester Arena was targeted by a suicide attack outside the venue.

END_OF_DOCUMENT_TOKEN_TO_BE_REPLACED

Ever since, the American singer has developed something of an affinity with the city and previously pledged that she would be playing a 'special show' in Manchester during her upcoming world tour.

Less than two weeks after the bombing, she staged the One Love benefit concert at Old Trafford cricket stadium and was also offered honorary citizenship of the city of Manchester by the council. 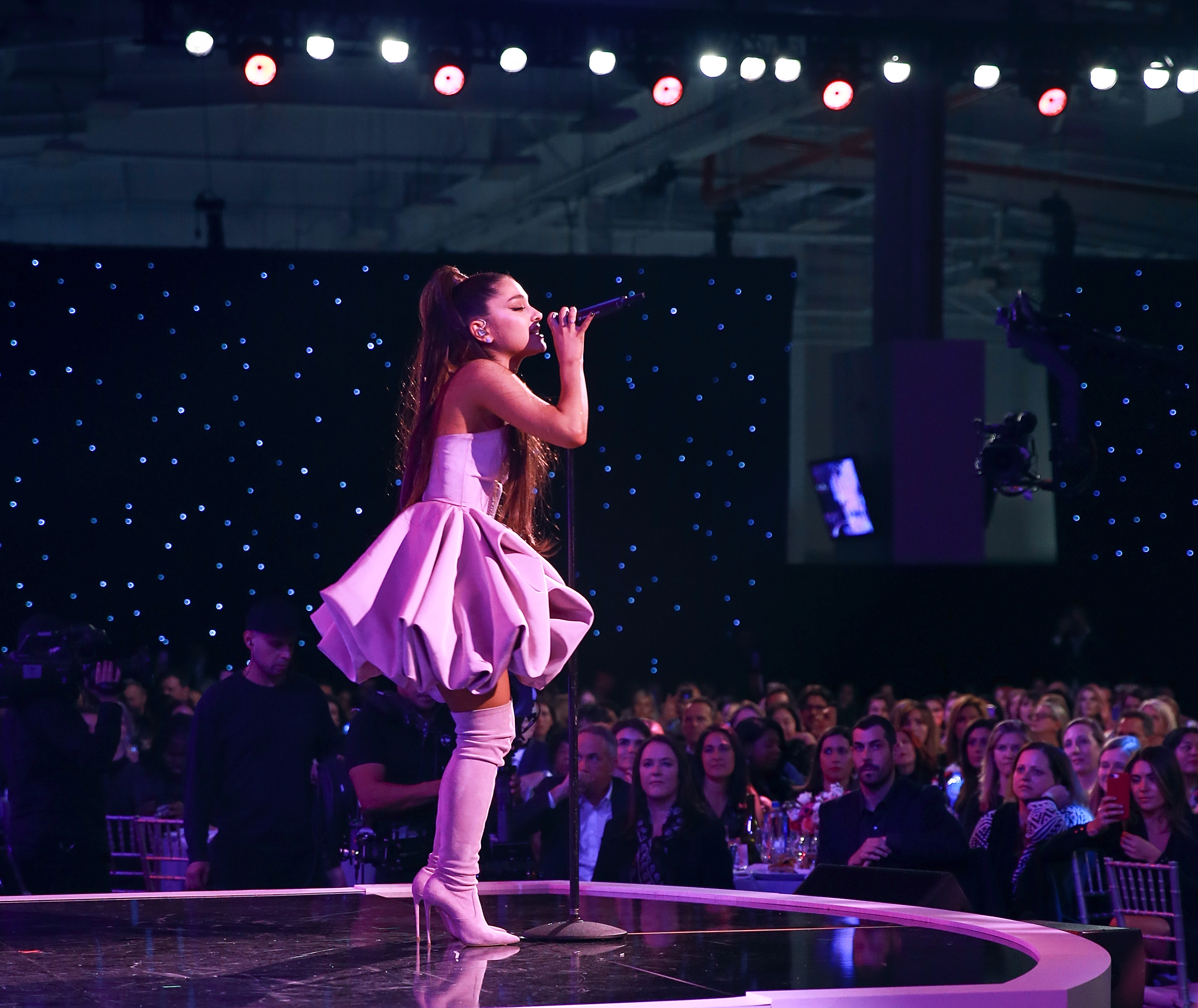 Grande will be headlining the LGBT+ festival on August 25 at a new outdoor venue at Mayfield depot that can hold around 9,000 people.

"We are of course coming and we love you," she told fans in Manchester in December when her other tour dates were announced.

"At Manchester Pride Live we're truly honoured to be welcoming Ariana back to the city to help us celebrate LGBT+ life," organiser Mark Fletcher said.

The first night of Manchester Pride on Saturday 24 August will be headlined by Years & Years, while Bananarama will support Grande at the top of the bill on the second day of the event.

popular
Norma Foley addresses concerns over schools staying closed in January
Jeffrey Epstein's private jet made multiple stopovers in Ireland
Meabh Feerick passes away after sharing that she felt "let down" by Irish healthcare system
Ryan Tubridy hints this year might be his last Toy Show
Weather warning issued to motorists ahead of "unpredictable" conditions
Stacey Solomon mortified after walking around shop in see through leggings
Jenny Claffey: "I was known for this very specific brand, did anyone want to listen to me on my own?"
You may also like
2 weeks ago
Three months is plenty of time to fall in love, and to have your heart broken
2 weeks ago
5 things you may have missed from Taylor Swift's All Too Well short film
3 weeks ago
Travis Scott says he is "absolutely devastated" after eight die at AstroWorld Festival
3 weeks ago
Westlife add second Dublin gig following huge demand
1 month ago
Westlife's brand new single is finally here and fans are going wild
1 month ago
Nicki Minaj defends Jesy Nelson amid blackfishing claims
Next Page