Isolation. Loneliness. Being anxious about leaving the house.

All feelings most of us would associate exclusively with the Covid-19 pandemic. CMAT however, has done it all before.

Ireland's self-proclaimed global teen pop sensation released her third single 'I Wanna Be A Cowboy, Baby!' today - a track that was borne long before the pandemic, but remains painfully relevant right now.

END_OF_DOCUMENT_TOKEN_TO_BE_REPLACED

"I wrote it two years ago, but it's the same feeling I went through then," she tells Her. "This ain’t my first rodeo.”

Living alone in Manchester and having just quit her job (and her boyfriend), CMAT was finding it difficult to do any of the things she wanted to do in a new city.

"It's this female orientated isolation where you want to be doing everything," she says, "but you can't because you’re afraid you’re going to get killed. You’re walking around with your keys in between your fingers.

"The song is about wanting freedom, wanting to be a cowboy, and basically wanting to be a boy. It’s the anxiety that comes with leaving the house, which is something a lot of us are going to be feeling when we’re out of this mess." 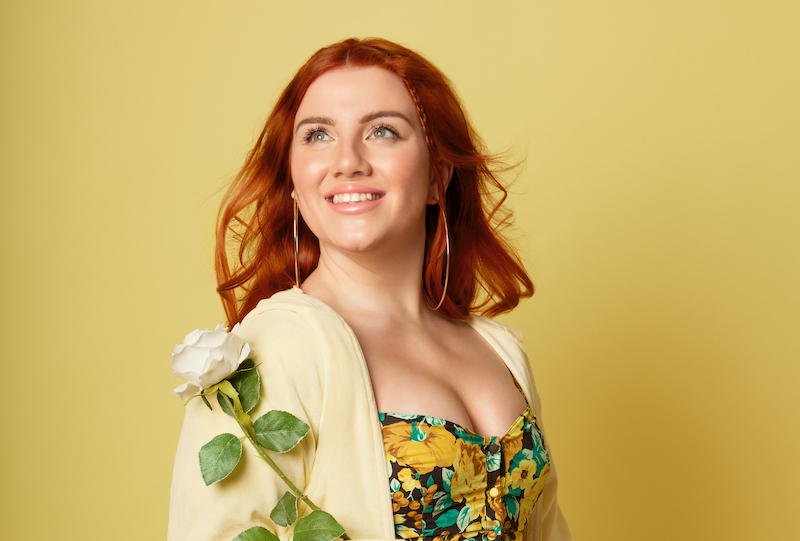 This weekend, she's appearing on MusicTown's virtual live event, Pop In A Pandemic, to chat about Ireland's shifting music scene and where pop fits into the fold.

END_OF_DOCUMENT_TOKEN_TO_BE_REPLACED

Describing herself as more "left-of-centre pop," CMAT doesn't expect her music to tell a story just through the lyrics. Rather, the songs she releases are dictated by the videos that accompany them.

She isn't interested in being an easy listen. A visual album (alá Beyoncé) with a full live band on a set reminiscent of Top of the Pops 1978 is more her scene.

"I was obsessed with watching music videos when I was young," she says. "I want to release a load of singles and dedicate enough time to do a video for each one.

"Making videos is hard, it’s expensive and it’s time consuming, but that’s the one thing that’s non-negotiable for me."

It's so non-negotiable that she took it upon herself to shoot and edit the music video for her second single 'Rodney' all on her own. The entire process took three days, a selfie ring light, multiple YouTube how-to videos, and ensuring that her nanny and grandad (who she currently lives with) were out of the house.

END_OF_DOCUMENT_TOKEN_TO_BE_REPLACED

CMAT may not be interested in being 100% "radio friendly," but she's worked with countless other female musicians who are.

The recent surge of attention paid to Irish female artists off the back of the Why Not Her? campaign has showcased the blatant disparity between male and female airplay on Irish radio - and the countless talented female musicians who have simply never got a look in.

CMAT says that while it's encouraging to see these acts get the recognition they deserve, it's frustrating that it has taken this long.

“It’s annoying because I’ve been harping on about people like Rachael Lavelle and Aisling Logan being some of the best singer songwriters this country has produced," she says.

"It’s taken lockdown for people to be like ‘Oh, you know who’s really good, this Rachael one,’ and I’m like, I fucking know, I’ve been talking about this for years."

The public being unaware of female talent was almost expected, CMAT says. After all, how are most people going to discover new music if the radio stations aren't playing them?

"There are some male acts getting so much radio play and they can’t sell tickets to gigs," she says. "Stations say they’re playing what people want to hear, but who wants to hear it? There’s such a disparity between who’s being played on radio and who’s actually selling out venues."

Aside from the airwaves, a lot of music fans are borne out of social media. These days, more people are discovering new artists through their social accounts - their hot-takes on Twitter, their TikTok dance trends, their gas IGTVs.

People know CMAT for her music, but they also know her for her humour. She is, as she puts it, "very online."

Over the summer, she live streamed herself eating an 80-piece bucket of KFC chicken while listening to Vice's Landfill Indie playlist. "I gained more followers on Instagram as a direct result of my popcorn chicken odyssey than I ever have as a result of my being a musician," she wrote at the time. "I hereby retire from the music industry."

"I shit-post so much," she says. "I post 24/7, I just love online humour. I’ve always been a real jokey person, it comes naturally to me.

"My humour is a buffer zone between my emotions, I tell jokes to make the pain go away. It’s a very Irish mentality but that’s just the way I am. I put my effort into my songs. Everything else just kind of happens on its own.

"It shouldn’t be a requirement to have a big personality online to be noticed, but for me it feels like it's social media or bin."

CMAT's latest single 'I Wanna Be A Cowboy, Baby!' is out now.

Girls With Goals || Her · Ep.160: The Beauty Of Coaching - Hayley Harrison joins us from Sport Ireland
popular
The Handmaid's Tale season 4 confirmed for RTÉ2 this May
Regé-Jean Page arrives in Ireland to shoot new movie
Storm Lola to bring high temperatures to Ireland, says Met Éireann
Hairdressers will be "prioritised" in reopening plan for May
"I didn't sell anything" Pete Bennett defends sharing Nikki Grahame's last text to him before her passing
A pink tampon disposal glove has been created - by three men...
Lizzo's nude - and unedited - selfie is so important
You may also like
1 month ago
Justin Bieber receives cease and desist over album cover
1 month ago
Trevor Noah mocks the royal family during Grammy’s opening monologue
1 month ago
Cardi B and Megan Thee Stallion give first ever performance of WAP
1 month ago
Rapper Slowthai agrees to stop spitting in fans' mouths at gigs due to Covid-19
2 months ago
Framing Britney Spears available to watch on Irish TV from February 16
2 months ago
10 years on, Rebecca Black releases remix to 'Friday'
Next Page