The Coronas have announced a massive Cork gig for next summer

The Coronas have announced a massive Cork gig for next summer.

The Dublin band will take to the rebel county's Live at the Marquee on May 29, 2020.

This will follow on from a string of sell-out Dublin gigs this month, and the release of their upcoming album early next summer.

Last month, long-time Coronas guitarist Dave McPhillips announced that he was leaving the band after 12 years.

He said that hectic schedules and touring had caused him to reconsider his place in the band, and that after December he has plans to "take a step back."

"For the last 12 years I have had the privilege to travel the world and play music with my best friends and together make countless new friends along the way," he wrote. 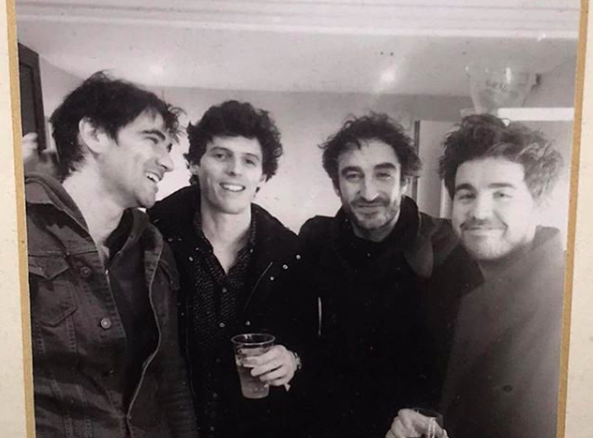 END_OF_DOCUMENT_TOKEN_TO_BE_REPLACED

"I’ve loved every second of it and won’t be able to put into words what it has meant to me and my family.

"However, such a long time living a touring schedule that has always been hard to predict, I have known in my heart for the last 6 months that I need to take a break and pursue other ambitions I have always had."

Dave, who had been a member of The Coronas since the release of their first album, said that he is still "best friends and brothers" with the band, and that he will continue to see himself "as a Corona."

The Coronas released their first studio album in 2007.

Tickets for this Cork gig next summer go on sale this Thursday, December 19 at 9am from Ticketmaster and other ticket outlets.

popular
WATCH: Paul Mescal and Daisy Edgar Jones's first Normal People audition is stunning
6 cosy buys from Irish brands that'll make staying home a little easier
Forget coffee – whipped strawberry milk the new viral drink trend your life needs
Gardaí investigating after body of woman and infant boy found in Dublin
The shows and movies you need to watch before they leave Netflix next month
Here's what happens on every day of your menstrual cycle (roughly)
Dublin TikTok house deny staging dance with couple having sex behind them
You may also like
1 week ago
WATCH: Hozier tips popular busker playing ‘Take Me To Church’ on Grafton Street
1 week ago
Megan Thee Stallion launches scholarship fund for women of colour around the world
2 weeks ago
Erica Cody: New release is "about getting out of a toxic relationship and knowing your worth"
3 weeks ago
Daniel O'Donnell announces his first live streamed concert
1 month ago
"My humour is a buffer zone between my emotions": CMAT chats loneliness, shit-posting, and getting a look in
1 month ago
Soda Blonde: "So much talent has been highlighted over lockdown, we need to start supporting our own"
Next Page