If you're wearing your festival wristband.. it's time to cut it off

And while we love to talk about it for months after and proclaim how we knew that band before anyone else did, some people seem to wear their wristbands for years after as if to say, if you're not wearing your festival band two years after the gig, did you even really go? 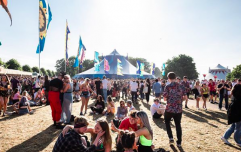 END_OF_DOCUMENT_TOKEN_TO_BE_REPLACED

If this sounds like one of your friends, you may want to watch the video below, because if nagging and remarks won't make them cut it off, maybe science will.

Australian radio show Triple J asked their listeners to send in their festival bands for a scientific experiment. Hosts Lewis and Veronica then met up with microbiologist Nick Coleman to examine some long-worn wristbands.

Their listener Daniel sent in bands from festivals in 2009, 2010 and 2016 and Veronica handing in one she had been wearing for about an hour, for comparison.

The bacteria was separated from the wristbands and put into dishes for several days.

The result after three days showed there was a huge amount of bacteria on each of the wristbands.

Even the wristband worn for only an hour had bacteria on it, and while it wasn't as harmful as the one above, it does show just how quickly bacteria can grow. 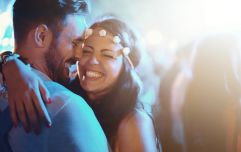 END_OF_DOCUMENT_TOKEN_TO_BE_REPLACED

Dr. Coleman concludes that while he can't say for sure that they are all dangerous bacteria, the numbers are so high that he would "advise people against doing this and wearing them for years and years and years."

"Cut it off put it in a little scrapbook or something, you don't need to keep wearing it to have the memories" he says.

So if potential food poisoning doesn't scare you off wearing them, we're not sure what will. So long pretty orange wristband, until next year.

Girls With Goals || Her · Ep.151: 'A Story Shared' - Aoife P. Rafter on blogging during a pandemic and living with CF
popular
Zoe Alexander Says X Factor Made Her Look Like a 'Fool'
"I don’t know where I’d be without her:" Paul Mescal chats new girlfriend in candid new interview
Gwen Stefani reportedly pregnant with baby number four
QUIZ: Can you guess the TV show from the kitchen?
Here's what happens on every day of your menstrual cycle (roughly)
'They're Dead To Me Now' - Kate And Oliver Hudson Have Been Disowned By Their Father
If you constantly have a cold nose, this could be the reason why
You may also like
2 months ago
Are you looking for an insanely talented female or non-binary musician? This directory is for you
1 year ago
The new Guinness 232°C festival is almost here and we are already drooling
1 year ago
10 things we're all thinking as we wave goodbye to EP for another year
1 year ago
Three's Made By Music stage is not one to miss at Electric Picnic this weekend
1 year ago
The stage times for this year's Electric Picnic have been released
1 year ago
August festivals are underway and you can WIN the ultimate Rockshore festival kit here
Next Page