Becky Hill: "I love the Irish, they’re one of the friendliest people around"

She's just won Best Dance Act at the Brits and now she's gearing up for a summer of performing.

On Sunday night Becky Hill wowed everyone with her performance on the finale of Dancing With The Stars on RTÉ.

Her caught up with Becky this week to hear about her recent Brit award success, the coolest people she's got to collaborate with, and some exciting Irish plans. 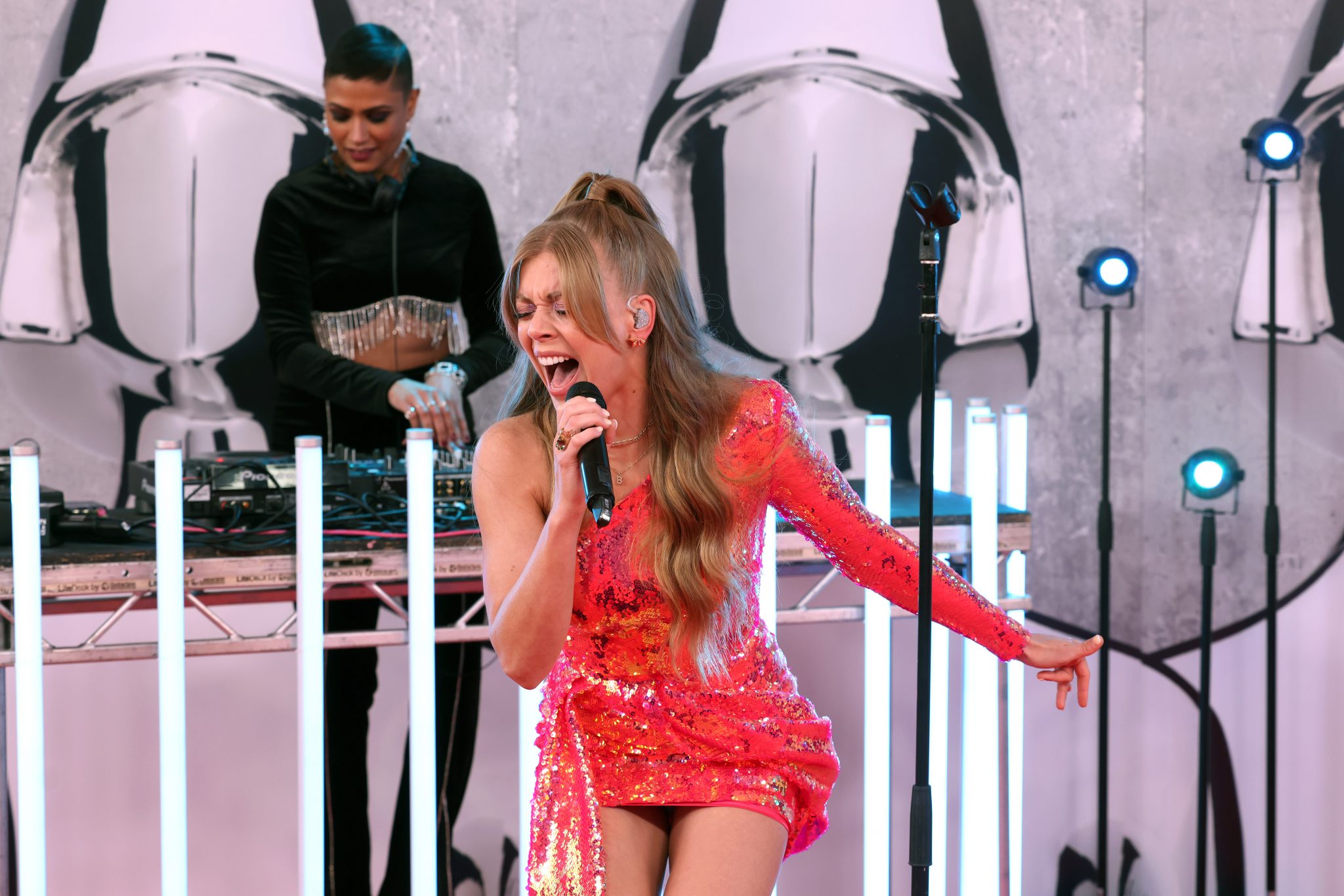 END_OF_DOCUMENT_TOKEN_TO_BE_REPLACED

Becky launched her career on The Voice UK when she was just 18, where she was mentored by Jessie J. 10 years on and Becky's career has gone from strength to strength with her upbeat and funky sound at the forefront.

Her song Remember with David Guetta was nominated for two Brits this year and won Best Dance Act, giving Becky some well-deserved recognition.

"It was nice to finally be seen in a space that I never felt like anybody knew who I was, or knew my name, or only knew my songs because of features, rather than me as an artist," she told Her.

"It was nice to feel like I’d finally been recognised. It was nice that it was fan-voted for as well and people came out and voted for me every day for two weeks, you know that meant a lot." 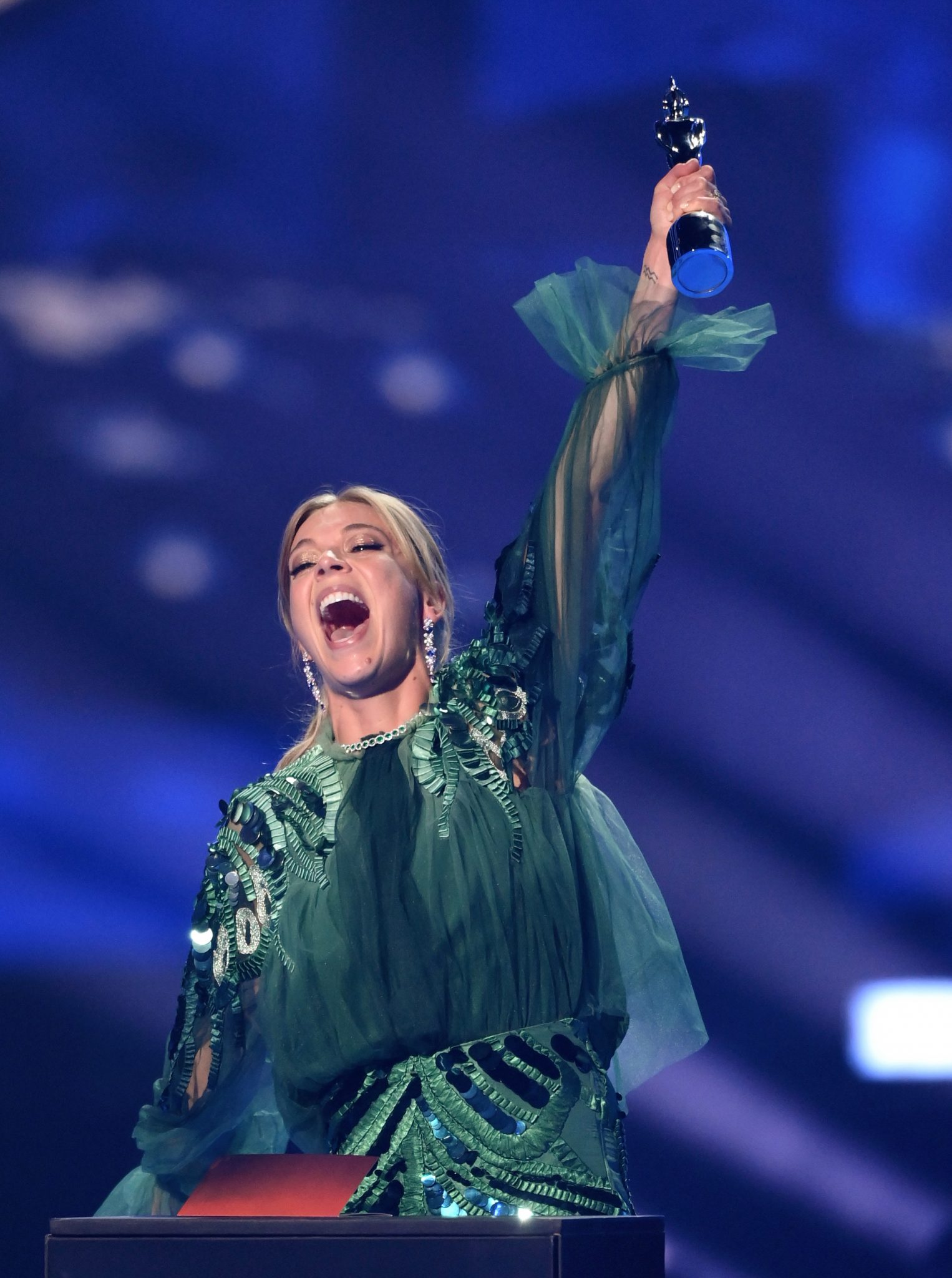 END_OF_DOCUMENT_TOKEN_TO_BE_REPLACED

Becky has collaborated with some of the biggest names in the dance and pop scene from Topic, Ella Eyre to MK.

In 2014 she made history as the first former Voice UK contestant to have a number 1 single, for her song Gecko with Oliver Heldens.

END_OF_DOCUMENT_TOKEN_TO_BE_REPLACED

But when asked about her favourite collaboration thus far, Sigala seemed to top the list.

"Wish You Well was such a massive record," she said, "and he was the first producer to come and feature on my record. The turning point for me was when I had somebody as incredible as him come and feature."

In 2019, the song made it into the top 10 of the UK single charts. For Becky it opened up a new route of working with people.

"It was this realisation of: 'why can’t we do this with everybody we work with?' and he kind of set a precedent for other people to come and feature on my records," she said.

This July, Becky is one of many acts playing INDIE22 festival in Cork - and she's especially looking forward to playing to an Irish crowd again.

"I’ve never been to Cork so I’m excited to go there and check it out," she said. "I love the Irish, they’re one of the friendliest people around so I’m really excited to be back."

popular
Traditional names such as Mary, Maureen, John and Michael may soon be extinct
When can we expect the outcome of the Johnny Depp vs Amber Heard case?
Doctors urge women not to follow Kourtney Kardashian's 'semen' fertility advice
Charlie Bird has shared his bucket list as he hopes to see Bruce Springsteen next year
The 2 Johnnies share unbelievable catfish ordeal as woman 'targets 40 people'
Husband of school teacher killed in Texas shooting dies of heart attack
Two racehorses die after escaping from Dublin field
You may also like
1 week ago
The six Eurovision countries with "irregular voting patterns" have been revealed
1 week ago
Eurovision producers reveal "irregular voting patterns" during Saturday night's final
2 weeks ago
Nick Cave pays tribute to son Jethro, who has passed away aged 31
1 month ago
"My first memory of music was growing up in church:" Griff on her whirlwind musical journey
1 month ago
Music festival in honour of Caroline Flack to take place this summer
1 month ago
"It means everything to me:" Sigrid on her upcoming album and learning to let go
Next Page