A few months it was revealed that Sam Bailey had been dropped by Simon Cowell’s record label and now she has spoken out about it.

The singer, who won the 2013 series of X Factor with the help of mentor Sharon Osbourne, told the Sunday Mirror that she’s happy about the decision.

“I was pleased that Syco dropped me. I know I’m not Rihanna or Beyoncé and never will be a world arena tour artist because I’m a 37-year-old mum-of-three,” she explained. 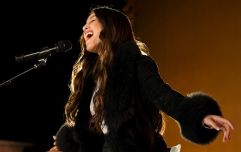 END_OF_DOCUMENT_TOKEN_TO_BE_REPLACED

“I’m not a world superstar and I’m okay with that. As long as I’m working and earning money doing the thing that I love most, I don’t care.” 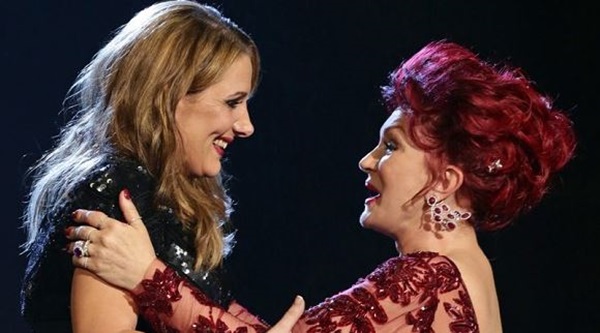 Sam, who fell pregnant with her third child shortly after winning the singing competition, added: “I’ve been set free.

“If I was still with Syco I guarantee I probably would have done another covers album. They would have kept me down there sitting pretty while they concentrated on all the bigger stars.

“I am very thankful for everything they did. Simon has always been polite and nice to me. I understand he’s a businessman at the end of the day.”

As for what comes next, Sam is hoping to crack America and has apparently had a number of meetings with music companies across the Atlantic.

popular
Jess Redden and Rob Kearney jet off on their honeymoon after "incredible" wedding
The Daly Dish's Gina introduces newborn baby Gene to the world
Arthur Labinjo-Hughes' grandad says murderers “must never see the light of day again”
Here's what happens on every day of your menstrual cycle (roughly)
Here Are The Top 20 Most Common Pin Codes in The World
Someone has ranked the penis size of men from all over the world
Officers who shared photos of murdered sisters on WhatsApp jailed
You may also like
2 weeks ago
Three months is plenty of time to fall in love, and to have your heart broken
2 weeks ago
Dermot Kennedy announces 2 huge gigs in Dublin next month
3 weeks ago
5 things you may have missed from Taylor Swift's All Too Well short film
4 weeks ago
Travis Scott says he is "absolutely devastated" after eight die at AstroWorld Festival
1 month ago
Westlife add second Dublin gig following huge demand
1 month ago
Westlife's brand new single is finally here and fans are going wild
Next Page