JLS are in talks for a 10 year reunion, and our hearts might beat again

Any die hard JLS fans out there?

Lads, we have big news for any of the JLS fans out there.

The pop band are currently in talks for a ten year reunion, which is pretty exciting.

Yep, it has been a full decade since the band released their first album, and to celebrate they're looking to reunite.

Yep, speaking to The Sun at the Paddington premiere this weekend, JB teased:

"This year is a big year for us: our 10 year anniversary since JLS's debut album."

"We are all very much in touch, we're still brothers. We met up recently, a few weeks back, and we've always said when the time's right we could do something." 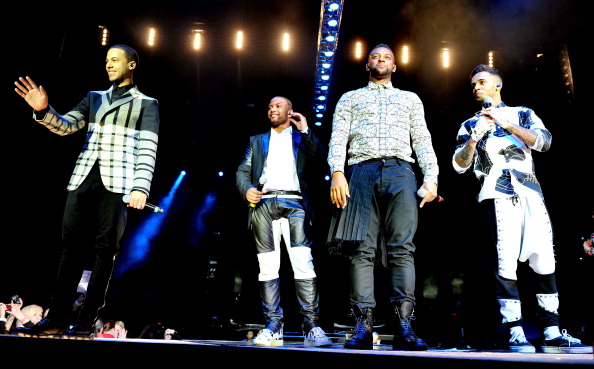 The news comes a few months after a JLS reunion was first teased late last year.

At the time, The Sun hinted that the tour could even include new music from the boys - although JB was yet to comment on this.

A source told The Sun at the time:

"The time is finally right for a ­comeback, now that everyone has had the chance to do try out other things and fulfil some ­personal goals."

"They have stayed really good mates and always loved being on stage together. Now feels like the right time."

"They have the best memories from their JLS days and are chomping at the bit to give ­something back to their fans."

"Details are being finalised, but it's all looking really hopeful and positive. Currently there are just plans for shows and maybe a few new tracks."

"But it if it really takes off for them it could fully relaunch the band."


popular
David Beckham shared his dinner on social media and we really wish he hadn't
Disney Plus announces new titles coming in April
10 summmer dresses we are ordering this week to cheer ourselves up
#Covid-19: Kim Kardashian says lockdown has made her realise she doesn't want more kids
Katy Perry reveals the gender of her first child with Orlando Bloom
Nikon is offering free online photography classes for the month of April
19 brilliant books to read while you're social distancing
You may also like
1 month ago
JLS perform together for the first time in seven years on BBC's The One Show
4 months ago
Pop band JLS are reportedly reuniting after a six year hiatus
10 months ago
JLS's Oritse Williams' home burns down one week after rape acquittal
10 months ago
JLS's Oritse Williams found not guilty of raping woman in hotel
1 year ago
Fans are freaking out over Rochelle Humes' snap with her 'identical' sisters
1 year ago
A scene by scene analysis of the time JLS ruined Christmas for everyone
Next Page